Yesterday we (the youth group) were invited to Christine’s house for a barbeque party with Iselin, who was visiting from Stockholm. First time I’ve been to Christine’s house, actually, even though she’s a (slightly remote) relative. The adult’s did the barbequing, while we ate, watched a movie, played some EyeToy games and then sang some Singstar. It was pretty fun!

But that’s about the most interesting thing I’ve been doing the last week. Oh, last week I did go to Kristoffer’s place for board games again. I won in Three-Dragon Ante, a card game that I’ve never played before. It was kind of cool, although I got most of my score from getting three of the same colors, so I guess I was kind of lucky. Also played The Pillars of the Earth, where I got in third place, just two points behind first place! (Second place was just one point over me too…) Close!

So, just because I don’t have anything to write about, I’ll post some photos of food. 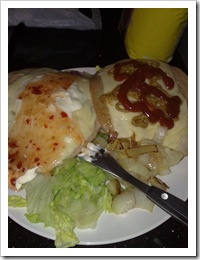 Chicken burgers I think. I took the photo before putting the bread on top. 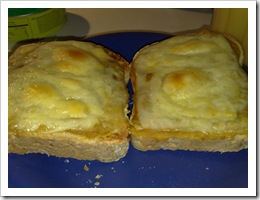 Cheese toasts! My oven has a grill function, it rules! 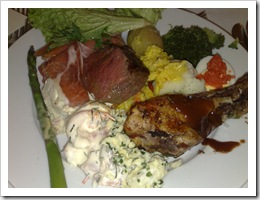 My first plate of food during my job’s summer lunch. 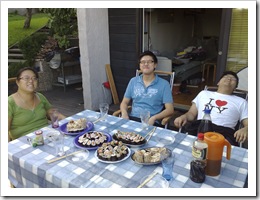 Leon and me and Vilhelm made sushi for dinner! 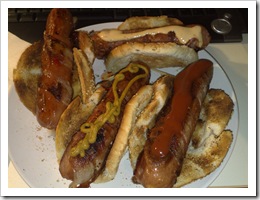 My dinner today. Four cheese hotdogs with bacon wrapped around them. 😀