Back from HK (since almost two weeks ago but anyhows)

The first week after getting back from Hong Kong I were too tired from jetlag to do anything useful after work (I started work the day after I got back). Then the week after that I spent almost all of my free time playing through Dead Space, finally beat it yesterday. The end boss fight was epic! I kinda wanna get the prequel for Wii now, even though that one is just a short on-rails/light gun shooter. But the atmosphere in this game is great, and the story, however clicheed, is pretty well presented. Which is why I want to get the Wii game, to see more of the story. For those who doesn’t know anything about these games: Dead Space is about a rescue mission on a space ship which turns out to have been taken over by aliens/monsters, and Dead Space: Extraction (the Wii prequel) shows the story about how the ship got overrun by those aliens. Anyhows, if I find it cheaply anywhere, I guess I might buy it. 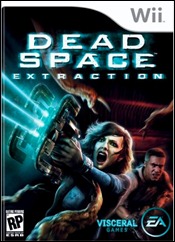 As for what I’ve been doing in Hong Kong since my last blog, I guess I’ll just list some of things that I did:

Hmm, didn’t actually do anything special the last few days, just shopping and seeing friends and family. Oh, I wanted to take a photo of the stuff I bought, but I was too tired and just ended up stashing things from the luggage away. Well I mostly bought random stuff anyhows. The coolest thing I bought was definitely my new mobile phone: 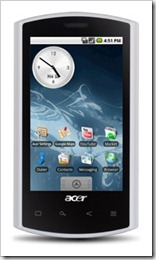 Biggest complaint I’ve got on this phone is the fact that it doesn’t have any flash on the camera, so it’s impossible to take any photos unless it’s bright… but I ended up buying the phone anyway. It has a faster processor than the HTC Hero, and also has a higher resolution, making things “clearer”, allowing it to show more things on the screen at once without things getting blurry. For example, browsing web pages should be a bit better than on the older Android phones because you can actually show more of the web page at once without zooming out, and things still won’t be blurry. I have to admit that I haven’t tried any other Android phones much though, so I’m just assuming… In any case, the screen is way better than my previous phone, Nokia N95.

Android is fun to use too, installed tons of (free) apps and games on my phone, although not all of them are as useful or fun as others. I really like MangaDroid, which is a simple app for reading manga online. Too bad GPRS is pretty expensive, otherwise I might’ve used internet apps more… For now I settle with only using internet when I’ve got a WiFi connection. 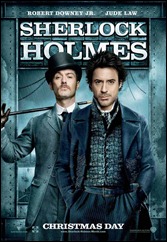 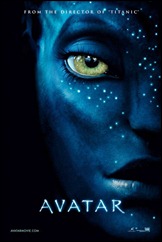 As I mentioned in the first few sentences in this post, after getting back from Hong Kong I’ve mostly been tired and then occupied with Dead Space. But actually I went to the movie theatre twice the last two weeks. Watched Sherlock Holmes and Avatar 3D. Both movies were enjoyable, although I have to admit that watching Avatar in 3D wasn’t as awesome as I would like it to be. For one I feel like things seem a bit blurry, not sure if it’s because the 3D glasses were cheaper (we watched Avatar at Colosseum, which sold cheap 3D glasses that we can keep, but when we watched Ice Age 3D and Bolt at Ringen, they lent us huge, sturdy 3D glasses that we had to hand back after the movie), or if it’s because it’s a “real people” movie and is therefore not as clear as pure 3D CGI movies. Not that Avatar isn’t mostly CGI, but eh.

I really dislike how I postpone blogging so much and end up writing a lot… *sigh* Aaaah, just one last thing I want to add! There will be a Final Fantasy concert in Stockholm in June! Since I actually went to the second Play! concert in Norway even though nobody else went with me, I guess there’s no reason why I won’t go to this one. Most likely at least a couple of friends are going with me this time though! But the seats are numbered, so I kinda want to wait with buying untill I know roughly (or exactly) who wants to go. So we can sit at least a bit close to each other. Hopefully the seats that are left by the time we decide aren’t too crappy.

Tell me if you wanna join!