After a pretty long break I’m finally eligable to give blood again. It’s nice since you can get a little gift every time you do (in Norway at least), and you get free drinks and cookies at the hospital when giving blood. So you’re pretty much getting free stuff for chilling on their bloodgiving couch. And your blood might save a life! Don’t be a wuss, give some blood today! This time I picked a brightly green towel with velcro, so you can wrap it around your hip like a skirt or a manly kilt. At first I thought it was supposed to be for kids to wrap around their neck like a cape, but I eventually realized it’s actually for childish adults, so it was perfect for me. Haven’t tried using it yet, but I don’t expect myself to run around the house wearing it, since one of our windows is pretty much visible from the whole street outside my house.

“Are you my type?” I still can’t quite remember what my bloodtype is. I think it’s A+? Hmm. I need a dog tag with my bloodtype or something.

Other than that I’ve been trying to finish more games. Played through Max Payne 2, a pretty outdated FPS, and finished off the final boss in Super Mario Galaxy 2. Now I’m just waiting for my copy of Metroid: Other M, which I was looking forward to. Thought I’d get it on Friday, but well, delivery time is stated as 2-5 days so the latest I could get it is Thursday. I think. If I don’t have it by then I’ll have to look into matters. *sigh* 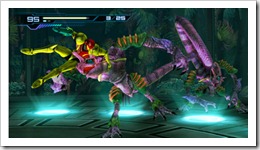 Visited Anna Tieu last weekend, don’t even quite remember the last time I met her! I was away when she was in Oslo too. We walked around town a bit, met with some of her friends. Also went to one of her friends birthday/farewell party, where I played some Japanese dance mat game (I think it was DDR2, although I’m not sure) and Super Smash Bros Brawl (pretty much lost except that one other guy got almost same low score as me), watched How to Train Your Dragon (was pretty funny!), ate lots of great food and played Monopoly (although we didn’t have time to finish since I had to catch my train). I’ve never actually finished a game of Monopoly…

Travelled with Bus4You for the first time, they had pretty big seats! At least the bus I was on. There are only 3 seats in each row (one side of the bus has 1 seat and the other side has two seats per row), and I think there were more space in front (or behind) each seat, so the seats are bigger and have more space around them. It was pretty comfy, although I found that if I used the recliner-like feet rest, my butt ended up hurting. I think it’s because even though you can lower the back of the seat, the seat doesn’t actually tilt backwards like a recliner would. So instead of laying “straight”, you’re actually laying on a slope, and the butt is the only thing keeping you from sliding down. (There weren’t anything to put my my feet against either.) Maybe if I wasn’t so worried about lowering the seat too far back it would’ve been better. I’m always afraid that if I lower the seat all the way it’ll be in the way of the person behind me. Maybe I’ll try to just sit on the last seat in the bus next time.

Turns out that Bus4You is actually run by the same company as GoByBus. But the bus routes are different I think.

Oh and they seemed to have free Wifi, although I couldn’t get it to work more than a few minutes. Could be that someone was downloading a torrent or something… Oh well. Just played some games and read comics on my iPad. Had an enjoyable travel.

But yeah, give me my Metroid arrrgh!