My Brother Got Married! 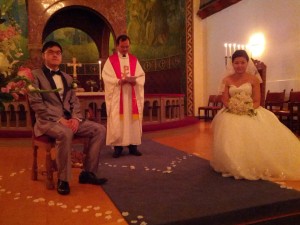 My brother got married!

On the wedding day it was raining rather heavily, even though the rest of the week (or summer) had been very sunny. Though some people say it’s good luck to have rain on your wedding day! A lot of relatives came for the wedding, and we went travelling around Norway with my two cousins from Hong Kong. Went to Sognefjorden and also to Preikestolen. 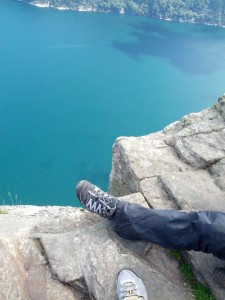 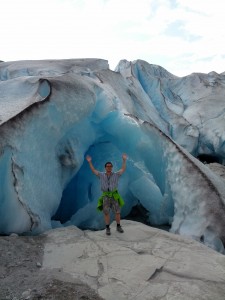 And we had a trip to Tusenfryd, haven’t been there in years! It was actually quite fun. Ate at the BBQ buffet again at their cowboy street, it was decently delicious. Finally got around to try out the rides. The Thor’s Hammer ride was just a simple rail ride with 3D cutscenes at certain points in the ride (you get 3D glasses), and the new ghost house/ride Nightmare is also a 3D movie ride with 3D glasses, but you get a gun and can shoot things, though I had a hard time knowing if I had hit anything or not. Still haven’t tried the waterpark part of Tusenfryd though. 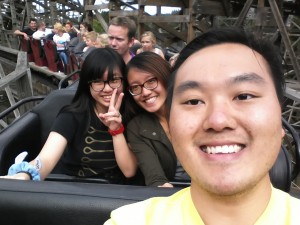 My cousins and me at Tusenfryd

So I’ve been busy most of the days after summer camp, didn’t get enough time to finish Persona 4 until last week, and Tomb Raider this week.

I bought Last Window: The Secret of Cape West, an old DS game that I never got around to play. And I also bought Persona 3 and 2 in a bundle because I was looking them up after playing Persona 4, and they were on the last day of a sale. Will probably wait a bit before playing Persona again after 4, since it takes such a long time! But some people say 3 is the best one.

The summer in Oslo has been quite good this year, even now it’s still quite hot outside when it’s not clouded. I eventually decided to buy a small inflatable pool and just leave it on the balcony to cool down after work. (Covered with a tarp when not in use.) 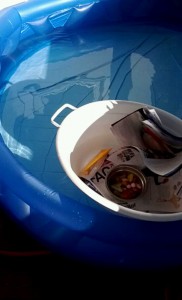 Been watching quite a bit of shows on Netflix and Crunchyroll too whenever I’m doing laundry or dishes or so. Finished season 3 of Fringe, season 2 of Modern Family, and all 12 episodes of Another.

I started watching RWBY, an America-produced web-anime made by Monty Oum. When I first saw the trailer I couldn’t remember where I had heard the name, but once the girl started fighting monsters remembered seeing his old Haloid and Dead Fantasy videos. He makes some great fight scenes, with people using all kinds of cool moves! Unfortunately the first few episodes of the show feels mostly like a generic warrior school anime, and it feels somewhat strange to watch an English voiced anime. But then again after Persona 4 I’ve gotten kind of used to it. Anyways I look forward to when the show will actually have some more battles.

Also I started watching Lost again because I never got around to watch the last few seasons after I lost interest. Figured that I may as well watch the rest of it.