RSS
← Photos from Sichuan, also a webcomic about the earthquake
Back from Hong Kong →

I’m leaving for Hong Kong tomorrow! Looking forward to seeing my relatives and to shopping and eating. A bunch of friends are going to Hong Kong too, so I’ll try and meet up with them. My relatives are having a new house built at the village we’re living in, far north in Sheung Shui. They’re not finished yet though, so we’ll still have to stay in the old house that they never use except when we or other relatives are visiting. 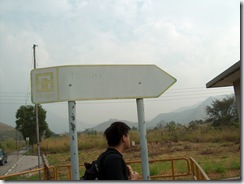 We’ve been cleaning the house the last few days, because people will be staying here during co-workers weekend. Hopefully they don’t mess up the house. I made Enoch sign a paper which said he’ll clean our house if it gets too dirty, so it’ll probably be fine.

Oh, and the youth group went to Hemsedal in the beginning of december! It was kind of fun. I went snowboarding with some others. All us were noobs though, so we all fell down 5-6 times before we arrived at the kids’ slope. Eventually Trygve came and taught us how to not fall so much, before we went to the normal “easy” slope. It was OK fun once I got the hang of it, but I was so sore after only one day that I couldn’t snowboard properly at all Sunday… so I gave up and just took the ski lift up and down a few times (before it got too cold). I also had to take a day off from work on Monday. I probably just need more exercise, since I think I was just mostly stiff, rather than being too sore from falls. 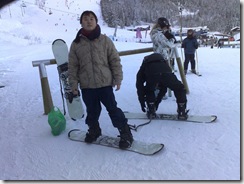 There, I put it on, did you take the picture yet? OK then, I’m done or today.

I have actually done snowboarding once before, although that was at least 5-6 years ago, and that was also the last time I did any type of wintersports. Wintersport is a kind of pointless activity anyway… what’s the point of going up the hill, and then down again? It’d be like if I took the bus to the end station and then back again, for no reason at all! Taking the bus is even more comfortable and cheaper too… The ski elevator pass cost 610 NOK for the weekend. For that price I could take the bus, subways, trains and route ferries in Oslo for over a month! And I wouldn’t be sore for several days after taking the bus. Man, buses are nice.

But anyway, Hong Kong for three weeks! We’re considering going to Disneyland early since it’s cheaper when it’s not a peak day. Then we won’t feel as ripped off when we get bored there because it’s so small! Although we might get ripped off if we eat any meals there and it’s twice as expensive as in the rest of Hong Kong? Or maybe not. I guess it could be fun too! Must think positive thoughts. 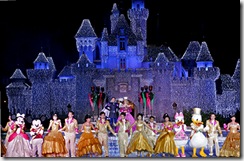 I actually kind of like shopping now, even clothes to some degree. But I still think there are too many clothes stores in most malls… How many clothes can a person need? I prefer games, electronics and funny stores! Although I still haven’t finished many of the games I bought last Christmas to myself, uh, as a Christmas gift. Right. And I even bought a few more games in London! PC and Wii games I need to finish:

A lot of the games would’ve been finished much quicker if I didn’t always try to look in every corner to see if there are any secrets hidden. It’s kind of a collection mania… I eventually managed to make myself play BioShock a bit without trying to search for helpful items in every single trash can I saw. It was actually kind of relieving… I’ll have to try and make myself play more games this way. 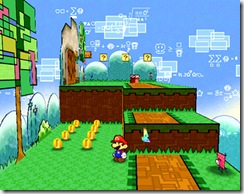 It’s interesting, but gets boring… Might be more fun if I stop my collection mania.

I’ll try not to buy too many useless things in Hong Kong… although I’ve kind of considered getting one of those ultra-portables that are so popular nowadays… and probably some clothes… maybe try out more various kind of snacks… I probably won’t get a DSi though, since I replaced the touch screen on my DS fat… Anyways I should really get back to checking my luggage and cleaning the house.

Leave a comment
← Photos from Sichuan, also a webcomic about the earthquake
Back from Hong Kong →