RSS
← 16 random things about me
Watchmen and Play! A Video Game Symphony →

I was in Stavanger last weekend to attend to the ceremony for Stavanger to become an official church (not sure if it’s the exact correct wording, but, uh, something.) Also visited a few friends there. It was nice! I posted a few photos of the ceremony at http://blog.sccc.no, but I actually never took any photos when I was with my friends… ah well. Elisa’s (and John’s and Janey’s and Cecilie’s and their parents’) house in Stavanger has gotten quite nice now, I believe the first and second floor is finished now? Most of the work left is in the basement, which we didn’t visit this time. John was apparently in London when we were there. Oh, also I met Henrik and Thomas. 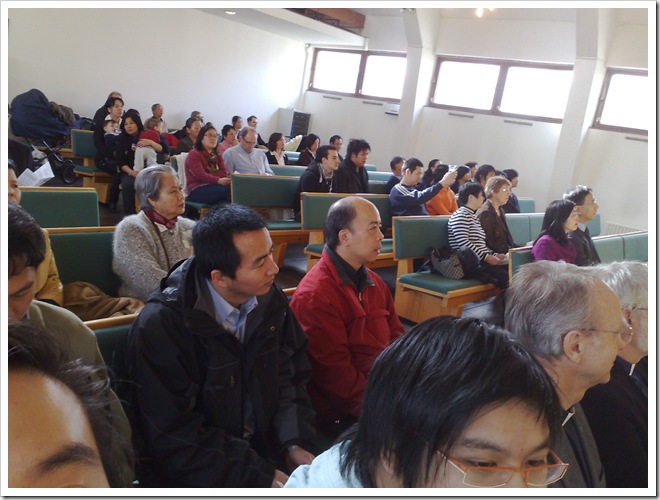 Ah, I recently started using Feedly, which is a Firefox addon which works as a frontend for Google Reader. I’ve been using Google Reader for a while to keep an eye on various news sites, without actually having to visit each site. But while Google Reader just lists the articles with their titles and eventually a short summary, the interface in Feedly greatly improves on the usability by showing the news feeds in various ways. You can just list the news articles like Google Reader, but you can also show them magazine style with the title, summary and a photo from the article (if any), and you can also show a grid of just the photos, then move the mouse over articles to read the title, and clicking on them to show the full summary. 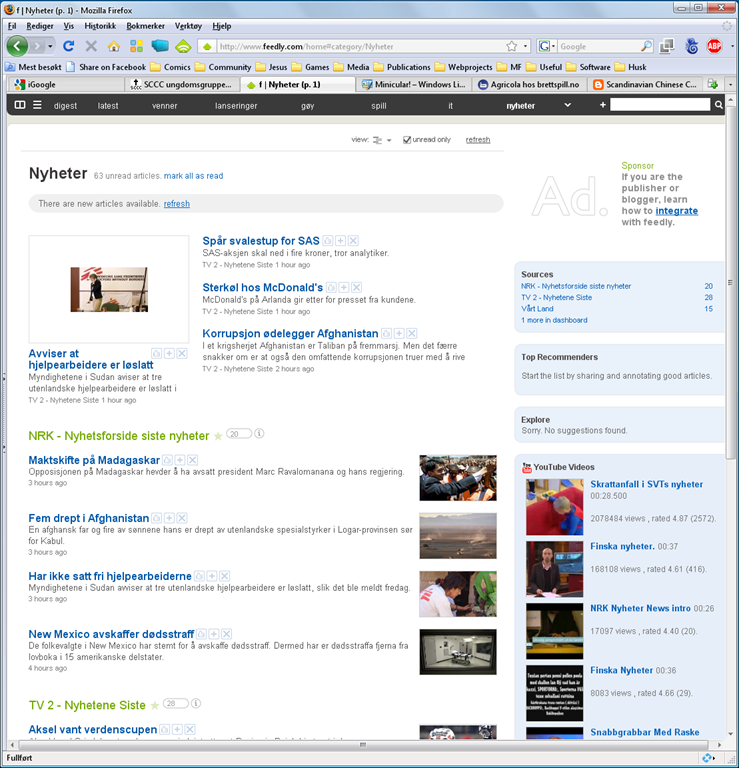 The drawback is that many Norwegian newspapers don’t have photos in their RSS feeds, but I found that NRK and TV2 have it, I’m using those now instead, as you can see in the screenshot. I’ve also recently added my friends’ blogs in Google Reader, so it’s easier to see when they post new blogposts. Works great! But not many of my friends actually have blogs, or not that I know of, or that is updated in the last, say, year or so.

I’ve played a new board game called Agricola two times now. I think I really liked this game, although it’s quite tiresome to plan so much ahead! Basically you play a family in some farm, and there are lots of things you need to acquire before the end of the game, in order not to get minus points and also to get higher score at all. Some examples are grain, vegetables, sheep and cattle, but also resources like stone, wood and others in order to build upgrades to your farm. But the number of turns you can take is actually quite limited, and also each action can only be done by one player each turn, so if you want to do something specific, like sowing grain and vegetables in your field, you’ll have to make sure you do it before someone else does it. We plan to play it at the church with the youth group this Sunday. It’ll be fun. I hope. 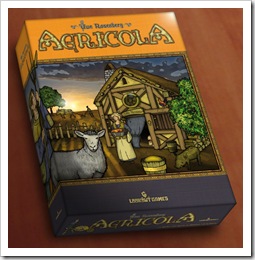 Now for something completely random: The many visions of Johan!

3 Comments
← 16 random things about me
Watchmen and Play! A Video Game Symphony →