I went to Hong Kong and Taiwan with my parents the last two weeks of March this year, had a good time eating and shopping! It seems like spring is a perfect time for going to Hong Kong since it’s warm but not too hot. At least the first week – the second week was rainy and kinda chilly though. 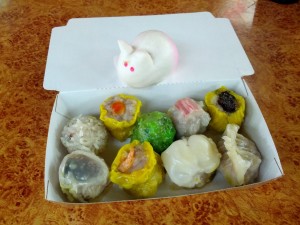 Went sightseeing in random places in Kaohsiung and Taipei, and didn’t really do much sightseeing in Hong Kong since we were there for such a short time. Spent most of the time seeing my parents’ friends and shopping. 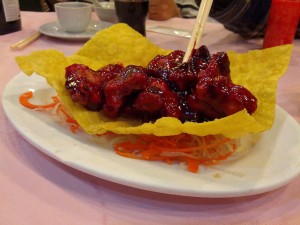 Mostly bought two pairs of shoes and clothes. But only because some of my older shoes have started falling apart. I need to make myself throw them away and only use the new shoes. Also bought some snacks, some computer stuff and a few things that I thought were funny/cute. 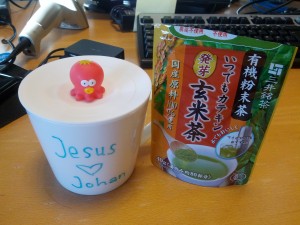 I finished playing through Dead Space 3, also the story DLC “Awakened”. I must say that it’s mostly correct that it’s not really much of the horror feel of the first game left, it’s really much more an action game now. While it did have a few jump scares that got me, it just doesn’t quite feel like the first game where you would walk around in suspense because you have no idea what would happen next. Though I guess it might be harder to surprise people in the sequels since the players already know about most of the monsters and what happened before… 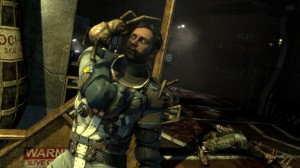 Still, it’s kind of interesting to see where the story goes, even though the ending is somewhat sad. And then I played the DLC, where the ending was even worse. Kind of reminds me of Prince of Persia (2008). Well I guess now I’ll probably buy Dead Space 4 if it comes out, no matter how many people say that EA has ruined the game, just to see if Isaac will ever get a break.

Ni No Kuni took surprisingly long to finish! I thought I was almost finished about 35 hours into the game, but I was completely wrong. I think the save for my finished game was about 60 hours. Not counting the couple of times I died and didn’t want to save I guess. Anyways the story was enjoyable and quite Ghibli-like. 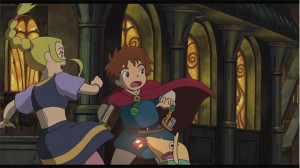 “Not another monster encounter! The last one almost killed us!”

My biggest gripe with the game is the difficulty… Even after I thought I had “leveled up” quite a bit, I still got my ass kicked whenever I finished an area and went to a new one! The helper characters AI isn’t really helping much either, tending to spend all the MP on spells so that they don’t have any left for healing when needed. Oh I already wrote a bit about this in the last post. Yeah the boss battles weren’t the only battles that were difficult in any case.

Started playing Bioshock Infinite now too, it really looks quite good, and the story is very good! I really want to continue playing because I want to find out the reasons/answers to some of the mysteries in the game. 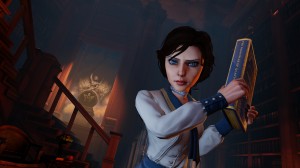 Elizabeth, the girl you’re trying to kidnap in the game.

I wish the game would work with Nvidia 3D Vision but as far as I have found out online there is no real way to get it to work properly. Oh well, it’s not as if I ever complained when I played Ni No Kuni and it didn’t have 3D either. Still, the graphics are so well designed in Bioshock Infinite that I would’ve loved to see it in 3D!

Went to Bergen last weekend too, it was nice meeting friends there and eating with them. We watched Oblivion, which has nothing to do with Elder Scrolls, but has Tom Cruise saving the world from aliens again. The story had some twists some of which I already guessed from watching the trailer, but some other twists were slightly unexpected. Still, I kind of feel like the movie tried to get a happy ending in a way that was too forced or too “simple”. It was okay entertainment, slightly smarter than most generic action movies but still taking storytelling shortcuts.

Microsoft PixelSense? (Formerly Microsoft Surface, before they decided to use that name for their tablet instead.)

I have also spent a lot of time watching YouTube lately instead of trying to catch up on 24 on Netflix. Been watching Strip Search (a reality show where web cartoonists compete against each other, created by Penny Arcade), PewDiePie‘s playthrough videos (mostly the Pixel Horror series) and also various Geek and Sundry shows. Maybe I should reconsider my Netflix subscription… Though I did watch a few movies so I guess at least I haven’t left it completely unused. Still watching Gintama a lot on Crunchyroll.

I considered subscribing to HBO Nordic to watch Game of Thrones, but in the end it just doesn’t feel like it’s worth it because the subscription model doesn’t allow for flexible pausing/resuming your subscription. It’s just too expensive subscribing just to watch one show. Maybe I’ll wait for the DVDs/Blurays and buy those instead. *sigh*