With the release of Wind Waker HD Nintendo released a Wii U bundle with a “limited edition” Zelda Wii Gamepad, so I thought it was a good chance to get that Wii U that I intended to buy but never really did because of the lack of games. 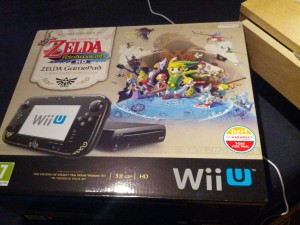 Box shot of the Wii U Wind Waker bundle 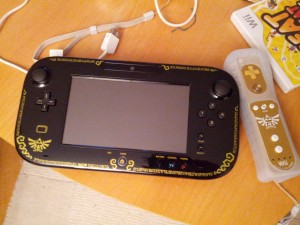 That being said, there still is a lack of really good games for the Wii U. I bought Nintendo Land (which has at least a few multiplayer games that are quite fun) and also ordered Assassin’s Creed 3 which I look forward to playing on the Wii U just to see how much better it feels to have a map on the gamepad instead of having to go into the map screen every 10 seconds. Oh well, honestly I’m not in a hurry to get more games, but I do want to get a few more party games before I get too bored of playing Nintendo Land!

Windows 8.1 was released a few days ago, and while my Acer Iconia W511 could automatically upgrade from the Windows Store, my stationary computer had to be upgraded with an installation DVD because it was installed using a corporate version of Windows 8. And it took a long time to download the Win8.1 DVD from Microsoft’s website, probably because a gazillion people are downloading it right now. But I eventually managed to upgrade my stationary too.

It is nice that I can now boot directly to desktop, see my desktop wallpaper on the start screen, and that it is slightly easier to move icons around on the start screen. Though honestly I don’t really use the start screen for much except searching for programs, which is why it is still a bit cluttered in my screenshot. 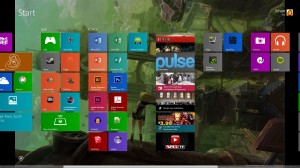 The search is supposed to be improved in 8.1 too, now it automatically searches across all apps and files. I did try just now to search for one of the songs on my computer, and Windows did find the file quite quickly. Selecting the file started playing it in my default audio player (Mediamonkey). When I say supposed, it’s only because I never really tried “advanced” searching much in Windows 8, so I wouldn’t really know what has changed.

Oh and now you can dock more than two Windows 8 apps on the screen at the same time (as long as it’s larger than a certain resolution), and you can also dock apps on more than one monitor at the same time (in Windows 8 I could only dock things apps on a single monitor, and the Start screen would insist on opening up on that screen when I had something docked). If nothing else, I can at least now keep the Facebook app docked on some edge of one of my monitors. Yeah I might be kind of a FB junkie.

In Windows 8.1 you can now dock apps to multiple locations and also still use the desktop at the same time

While chatting in the Facebook app for Windows 8.1, I noticed that Microsoft still hasn’t fixed the issue of spell check being enabled in apps even though it’s disabled in the PC settings… I think I noticed this in Windows 8, but because I didn’t use so many apps before, I forgot about it. Until now that Facebook made an app. Eventually I gave up chatting using the app and installed the desktop version of Facebook Messenger. Because I do chat a lot more on FB than on other services nowadays.

Oh and yeah, they did add the start button back to the desktop task bar. I don’t really care since pressing the Windows button on the keyboard is 10x times faster than using the mouse to click on the button, but I did notice that they added a bunch of shortcuts to useful system settings if you right click on the Windows button! Which could potentially be useful. I guess.

So I guess now it’s about time for me to start making Windows 8 apps! As soon as I finish Wind Waker HD. And Fez. Also I ordered the new Pokemon game. Oh well, soon.