Last weekend I was in Oslo. The weekend before that I was in a seminar called “Smittende tro”, or “Contagious Faith”. I think it’s this one, although we had a Norwegian speaker. 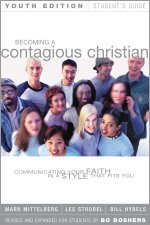 In the “Contagious Faith” seminar there was a test, to help you find out what evangelising type suited you best. My result was the serving type, which wasn’t really that much of a surprise. What was surprising was that I got just one less point in the personal type. I never thought of myself as a personal… person. Well, I guess this shows that you can’t really trust tests like these. It’s only a guide, after all. I guess I should try and be more serving…

The image on the right is not actually the book we used, but it’s most likely the original. (We used a Norwegian translation.)

My family had visitors from relatives from Canada, I believe they were my grandaunts and granduncles on my mother’s side. (My mother said she wanted to make a family tree, I do hope she’ll finish it so I’ll know who’s really who.) Basically we had a big family dinner on Saturday with a lot of my mother’s family, so I had lots to eat. Also I watched Spy Kids 3D. The movie was quite horrible, although it was kind of amusing to see the famous actors doing their incredibly cheesy roles. (Gotta love George Clooney commenting that “This’ll be the end of my career” in the outtakes in the end credits.) And even though I saw the movie for the 3D effects (you use red/blue glasses), the 3D didn’t really show so well. Maybe the projector just wasn’t bright enough… I should’ve tried to set it brighter.

Some other things that happened:

Oh yeah, since I’m mentioning thermometers, I’ve found that my apartment is usually around 12 degrees Celsius warm. Or cold. I tried putting on the heat floor in the living room today, but from my calculations, it cost 20 kr more per day to keep it on! So I’ve turned it off, and instead I bought a pair of slippers for 40 kr. I’ll have earned the money back in just two days! Now I just need to figure a way to keep my hands warm while typing on the computer… 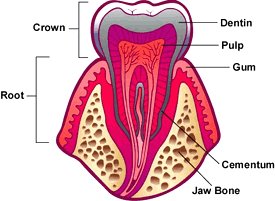 Ah, one last thing: I got my last wisdom tooth pulled on Monday. It was something wrong with it, so it hurted to chew. (Not that it stopped me from eating.) I thought it was a hole, but the dentist said there were no holes anywhere, so it was probably an infection caused by the tooth. I’m still hurting a bit in the mouth, partly because of the gaping hole left in my mouth after the tooth got pulled, but I hope it’ll be fine again soon, erh, so that I can eat more freely.

Leave a comment
← Anime cube
Never too much dinner! →