I ordered Jump Superstars from YesAsia.com, and received it a week ago. It was definitely worth the wait and the price, it’s just too cool seeing all the different characters from manga series that I’ve seen fight against each other!

I’ve always had a fascination for so-called crossover ideas, where characters from different series interact. I have this very old comic with Spiderman and Superman, and there’s this drawing I posted in an earlier post. Also there was a comic series in Oslo a few years ago called Gigant, where superheroes and/or suppervillains from different American comic series fought against or with each other. I was rather disappointed that it stopped, really. Anyway, that’s basically why I really like this game (and Super Smash Bros), although there isn’t much of a story behind the game.

Another crossover thing which is kind of cool: PowerPuff Girls Doujinshi is a fanmade mangastyle webcomic with the PowerPuff Girls and other Cartoon Network characters. The “worst” part of the comic may just be that it’s updated quite slowly, but seeing how detailed the art is, I guess I can understand why. 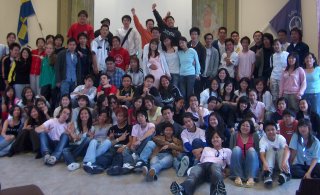 Enough about that, maybe I should write a bit about what I’ve been doing since my last (real) post… Well the summer camp was a blast! Lots of people and fun. And learned a bunch of stuff that I really should try to use/do, but haven’t yet. Go here to see all the photo galleries that’ve been posted so far!

Oh, I mentioned something about t-shirts in the last post, didn’t I? Well, basically, the teens in Oslo bought everyone a pink t-shirt, made an Oslo logo on the front of each of them, and everyone got a different Chinese nickname on the back of the t-shirts! I was, hum, Kirby. 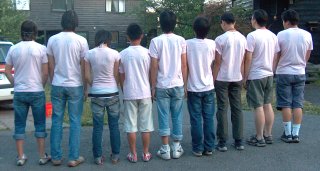 The week after the camp my family was in Holland, which was somewhat warm and humid, so it was really not such a comfortable trip. But we got to pick and eat oysters (they were cooked before eating of course), and the room we got at the hotel had a separate floor for the bed, kind of. Don’t now what something like that is called, but it was kind of cool. I think I want a bedroom like that when I buy a house.

After that I’ve been in Oslo, and I’ve spent lots of time with the youth there. It’s too much! I think I’m almost looking forward to going back to Trondheim, where I get more time for myself. I’m going to Trondheim tomorrow, by the way… Last year of University. Don’t really look forward to finishing and having to find a job, but oh well, that’s life.

I guess that’s enough for this post, I’ll however put in two avatars I recently made to prove that I’m really a geek: 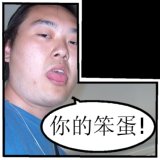 2 responses to “Jump Superstars is here!”