DealExtreme is just too much fun!

Last week was another “busy” week. The week before that was a bit more lax, though I can’t quite remember what I did at all, except that I spent most of Saturday 5th on making the incredubilous (this is not a real word) SCCC youth leaders clock: 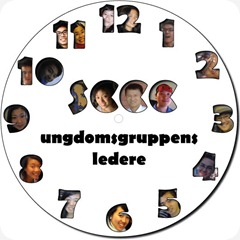 The biggest problem with this clock is the fact that the photos have different lighting, making some people rather colorful while others are pretty pale. I was too lazy to try to adjust this though, since I had enough trouble looking up photos and fitting them into the numbers.

Sunday 6th was “open house” at my parents’ house, with some of the new Chinese/Asian students that moved to Norway for a year or more. Actually, I don’t think any of them were from China, but some were Singaporean, some were from Taiwan and a couple were from Hong Kong. Talked a bit and ate a lot, then played some “Fantasi” (a miming game) with them, it was ok fun! 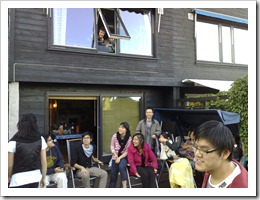 Playing games! By the time I started taking photos, most of the new people had left.

On Monday I went to play some board games with Leon, Vilhelm and Enoch. We played a newly bought game called Formula D, which is a racing board game, where you have to try and go through a racecourse as fast as you can, but without going too fast through turns, otherwise you’ll end up damaging the car and eventually breaking it. You have to decide when to gear up or down, with each gear using different dices with higher or lower numbers. And you can only gear up one gear at a time, meaning that once you’ve braked down, you’ll need more time to go to the fastest gear again… Still, even with this strategy element in the game, it’s still a dice-based game and you can pretty much lose just by having bad dice throws. We’ve only played the “basic” version so far though, will be interesting to see how the advanced version plays out! 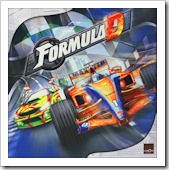 Tuesday I went to donate blood. Didn’t experience any trouble at all. Except for the fact that they had lost the form I gave them when I went to the introductory interview several months ago, and I had to fill out a new form and go through a (quick) new interview. And that the woman in charge of my blood donation didn’t put the needle in properly, so blood didn’t come out. But other than that, I didn’t get sick or nausious, so I guess I was still lucky. Got a nice salt and pepper duo mill! According to the webshop it would’ve costed 299NOK! Pretty cool. 🙂

Wednesday we had the SCCC youth bible study. I was supposed to cook, but when I was trying to fix the clock (that I made on Saturday), I found out that I had kind of broken the clockwork when I was taking the clock apart. I ended up spending too much time trying to fix the clock, so I didn’t get enough time to buy and cook enough food… just cooked all the frozen pizza I had bought before. Ah well, at least I got to clean out the freezer a little bit. (Even though there’s still lots of dubious plastic boxes in the freezer.)

Thursday I helped out painting the outside walls on my apartment building. It was mostly the same neighbours as last time when we washed the walls, they said that lot of people never bothered helping out at the “dugnads“. I hardly ever see any of the neighbours at all, except for the ones I’ve worked together with at the dugnads. It didn’t take too long to paint in any case, with 4-5 people, and it looks a lot better now that we’ve covered up the dark spots!

Friday I went to the Chinese Jubileum Concert in Oslo, part of the Chinese Culture Festival arranged by my mother and her partners/friends. I have to admit that I’m not really very interested in culture at all, but the dancing and kung fu parts of the show were pretty fun to watch at least. I have to admit that I fell asleep at the part where they sang Mongolian folk songs (sounded like a mix between yodeling and laughing). I did better than last year though, when I fell asleep for probably almost half of the show…

Saturday was Elizabeth’s confirmation. I managed to squeeze in some time on Friday to buy some gifts for her. Ate lots of food at the party, and talked a bit with the other youth. Played some games too. Other than that they had speeches. I fell asleep during the second or third speech. It’s hard to listen to people talk! Tried playing with my tiny cousin’s Diabolo, it was pretty fun, although I don’t think I’ll buy one anytime soon. He tried to teach me and my brothers a few tricks. Apparently they’re pretty “in” at his school now. It’s good that kids still like to play with real toys too, and not just video games! 😀 Yeah I’m not really one to talk. Hurr. 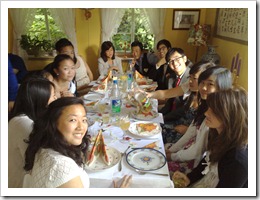 Oh, I finished Prince of Persia: Sands of Time! One down, many to go. Hmm, what to play next… I don’t really want to start on Fallout 3 because it’s a “sandbox” game, so I feel like it’ll take a long time to play through… saving it for later. Maybe Prey… Or some of my Wii games. Man, I hate Megaman 9. The end stages are hard! But I will defeat you! One day.

Sunday we had a guest speaker, Martin Goldsmith (Norwegian page. Strangely enough, I can’t find a good English page about him, even though he’s an international speaker), a jewish Christian born in Germany. He was a pretty nice old man, and gave a speech about how the churches in the western world have gotten smaller, while churches in Asia, Africa and Latin America are growing bigger and bigger. And that we Chinese Christians born in foreign countries had a big advantage in missions work, because we are used to adapting to different cultures! Yeah mission work is important… I would need to work on the talking with people part for something like that though. I wouldn’t mind being more of a background worker. Nothing wrong with that! 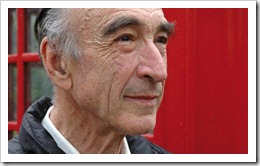 Oh, almost forgot again, but the reason for the title of this blog post, is that I just spent an hour or so buying random stuff on DealExtreme. I tend to do that from time to time. But I should head to bed now, so I’ll refrain from listing some of the funny things I found there, or what I ordered. Good night!