RSS
← Faces book
Pork "ribs", except it's not really ribs →

A sunny day in Bergen

Been a while since my last post. To my excuse, I’ve spent quite a few of my days the last weeks meeting people. Wendy and Maggie visited in the beginning of October, and we had hotpot with them and people from the youth group at our house. 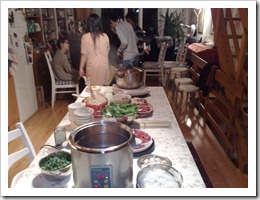 Hmm, I really don’t take many photos anymore… Just noticed that this is the only photo that Maggie and Wendy is in. I only intended to take a photo of the food too.

Sunday October 4th we had a Moon festival party at church, played some games and ate lots of food. But the adults weren’t really interested in the games, and were apparently just waiting for the food. It was still okay fun I guess. 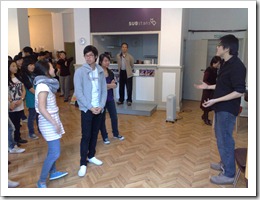 Monday 5th and Tuesday 6th I had dinner some friends, because Elisa was visiting from Stavanger. In fact, I hardly ever meet any of the friends in Oslo that aren’t going to church. Too much in need of some occasion as an excuse to get together… I didn’t take any photos with my camera in any case. Should ask them to send their photos.

Went to Bergen with my family (minus Leon who had gone to Glasgow) on the weekend 9th – 11th October to visit some summer camp friends there, also Hanfeng who is studying there now.

We walked around in Bergen a little, then went to Ivy’s house to play Wii. It was fun seeing everyone, although we hadn’t really planned anything in particular. Maybe we should plan a bit more next time. Although Wing Jin isn’t too thrilled about me and Vilhelm going there again. She thinks we (Vilhelm) teases her too much. Possibly.

This week I tried to have a bit more of a break, and I managed to finish off a few of my todo-list items. There are way too many things there that I feel I’ll never finish. (Although I’ll admit a few of them don’t really think is so important…) On Friday Leon brought some friends back from Glasgow for sightseeing in Oslo, so I spent time with them and Leon walking around in Oslo. (I got up at 7 o’clock in the morning, and didn’t even get home and to bed before 3:30 past midnight.) 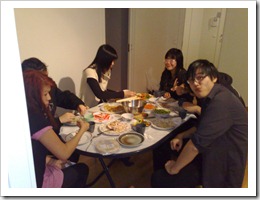 Trygve came to talk at our youth meeting today, he talked about having goals and visions, also about getting guidance from the bible for our lives. I think I need a more specific goal in my life, maybe. Don’t really have one. I might be too satisfied with my current life situation…

After the youth meeting we went to Yibo’s house to play tennis with people from the youth group. I played a little triple tennis with those who got there first, but in the end I just felt too tired to want to play anymore. 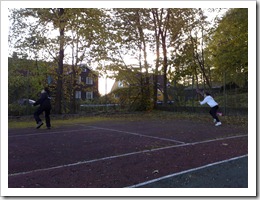 I just went home after eating. Tried to rest a little, but also had to time doing laundry and cleaning my desk. It’s late now, but I’m still waiting for my last batch of laundry to finish… And there were still things on my todo list that I wanted to do. *sigh* I’m getting tired anyhows, and I have to go to work tomorrow, so I guess I’ll just have to finish the laundry and go to bed.

Leave a comment
← Faces book
Pork "ribs", except it's not really ribs →