RSS
← Pork "ribs", except it's not really ribs
Back from Gothenburg →

Finally got my stuff from DealExtreme, also the t-shirts I won! 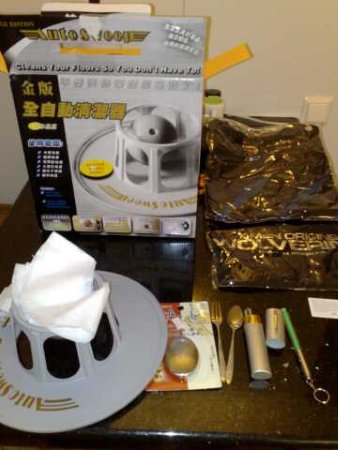 I ordered some stuff from DealExtreme in the middle of September, but didn’t get them before now, one and a half month later… It looks like they had some trouble last month, many other people complained about not getting stuff. I don’t mind waiting, since I usually only order stuff from them that I’m not in a hurry to get. But it’d be annoying if they ended up bankrupt or so, and I lost my money. Not that I spent a lot, I still keep my purchases under the 200NOK limit in order to avoid having to pay import tax/duty on it.

The UFO-looking thing is an “AutoSweep“, similar to the RoboMop you can buy at Clas Ohlson in Scandinavia. Except it cost about 1/4 of the price. The steel soap also cost roughly 1/4 of the price, and the pen holder thing is actually a travel chopstick/fork/spoon set. Then there’s another one of the lightsaber flashlight thingies that I love! Decided to put this one on my bag untill I get annoyed of having it swinging around while I’m walking. Still waiting for my stapleless stapler, but I’m not in a hurry to staple anything. Oh well…

The t-shirts are from a Wolverine contest (or more like a lottery), I got the third place. Been a while since I won anything! I put them through the washer before using them, have finally learned to remember doing that. Might take photos of them later, although they aren’t really *that* cool. 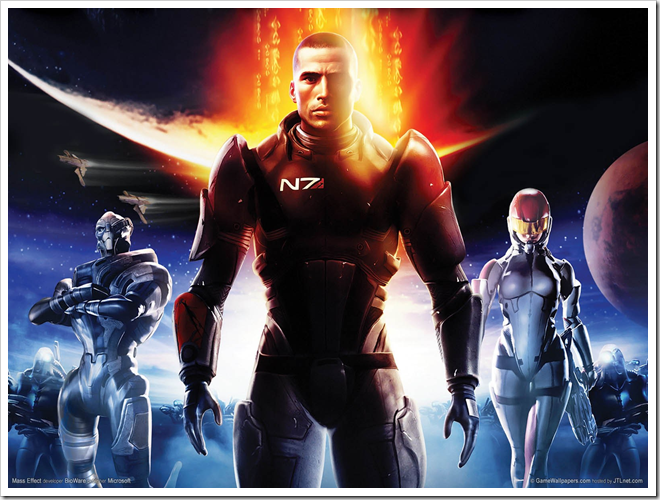 Haven’t done much the last few weeks, spent much time playing Mass Effect, which is pretty cool, with all the voice acted cutscenes and RPGish skill trees and equipment. I found out that I still suck at first person shooting games though. And I have some trouble with the “don’t shoot too much too quickly or you’ll overheat the weapon” part. But other than that, I kind of enjoyed the game so far. Will play a bit more later, just thought I haven’t blogged in a while.

Got a letter back from my doctor, stating that I lack Vitamin D, and it might be the reason I get sleepy? I’ve bought Vitamin D supplements now, the doctor will see if I get better after taking them for a few weeks. I also ordered vaccinations for, hmm, various stuff, for going to Hong Kong and Malaysia this Christmas. But they didn’t have any vaccine for swine flu left though. Don’t really worry about a flu anyways. I better get the habit of actually using the hand cleaning alcohol thing before eating though, I keep forgetting to use it, even while I was still in Hong Kong (last Christmas).

I’m going to Gothenburg this weekend with Enoch and Tore, also I heard Monica and Maggie are joining! Looking forward to it, and I also need to refill my candy supply. I actually do like shopping! Although sometimes I worry way too much about price. Sometimes, spending 10 minutes to decide whether to buy something just because it’s 5-10kr more expensive just is a waste of time. Anyways, it’ll be a warmup before going to Hong Kong, I guess.

4 Comments
← Pork "ribs", except it's not really ribs
Back from Gothenburg →

4 responses to “Finally got my stuff from DealExtreme, also the t-shirts I won!”