Went to Stockholm last weekend (27th – 29th of November) with 24 people from the youth group (also my parents, although they went to visit family so they didn’t spend time with the rest of us). 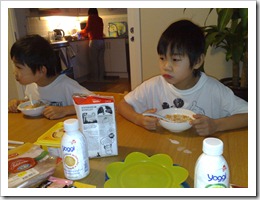 We spent most of Friday and Sunday on driving, so most of our activities were on Saturday, but we still did a lot of things! After meeting up with the Stockholm youth, we first went to play pool for an hour. 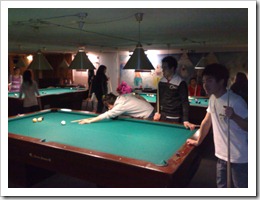 Then we ate lunch, and after that we went walking around town, doing silly things and taking photos and videos. It’d be interesting albeit highly embarassing if they released a composition of those videos, but they assured us they wouldn’t put them up on Facebook or Youtube, so I guess we won’t be seeing them anywhere soon. After walking around for two or so hours, we went to the gym hall for some sports, 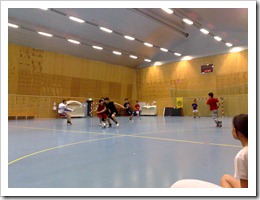 Then dinner, and finally we went to the church for games and worship. Then home for bed, and church the day after that, where we youth from Oslo lead the worship with the adults, and then went with the Stockholm youth and led a youth meeting with them. We had the church service at a school, and their basement (that we used for the youth meeting) had a really cool painting! 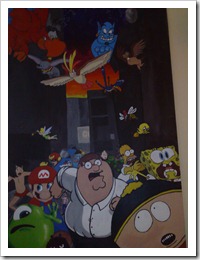 Hopefully me posting their painting on a blog won’t get them into trouble with copyright lawyers. I don’t remember the school name anyhows. *cough*

The week after that I haven’t done much interesting. Have been playing Dead Space, which is really great! I turn off all the lights in my house when playing it for “maximum atmosphere”. It’s fun when things burst out of walls and I shoot everywhere and fail to hit them. xD But I think I’ve gotten pretty insensitive to/unaffected by monsters because I’ve been playing RPGs too much, and am too used to killing through dozens of monsters just walking through a grassy field. That’s my best guess anyhows. 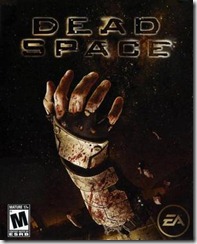 Today the youth led the Sunday service for the adults, it went pretty well! The speaker was a Norwegian missionary named Nora, talked a bit about her family’s experiences doing missions work in China (forgot the town name, A-something). About being prepared for doing God’s work. I guess I’m not necessarily all that prepared… Better at least start reading those books I bought again. Haven’t read much when going to bed because I’ve instead been trying to finish some PSP and DS games that I’ve been playing. Addicted much? Noooo… *cough*sigh*

After the church service we went out to do some shopping, although it was mostly walking around talking about what we might buy. Found a cool mannequin at some goth store. 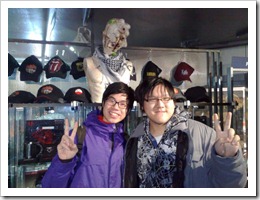 Yah, time for bed. Shouldn’t stay up so late all the time, but there’s always more stuff I want to do once I sit down in front of the computer.