RSS
← Some Android games that I have and like
Helsinki, Gothenburg →

Two months since last update! Although I did write a bit on my Tilt Adventure page. For most part of June I’ve been working on my Android game, Tilt Adventure, and I eventually managed to finish up a short demo before getting busy for summer! Unfortunately I never got around to add any music or to try and improve on the graphics at all. The other problem is that the game seems to lag a bit, even on some newer Android phones I tried, especially at the start of the game, though the animation seems to smooth out over time. Might need to do quite a bit of optimizations on my drawing engine…

But the biggest issue might be that most friends I’ve seen trying my game says it’s too hard, even those who are gamers. I guess I’ve been testing the game too much while developing, so I didn’t notice that I ended up making it too hard! I guess it was a bad choice to not add actual saving support, but I just didn’t have enough time to do it.

I don’t really know when I will work on the game again, since I almost haven’t played any video games the last two months between working on that game and my summer plans, and I wanted to resume my original 2011 plan of "trying to finish all the games I’ve bought". I did start playing Zelda on my 3DS the last few weeks though, it’s pretty sweet! 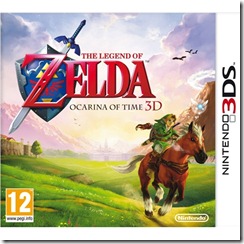 3D is nice, but I must admit again that holding the 3DS straight enough for the 3D effect not to get blurry is sometimes quite difficult. When lying in bed and my head is on its side it’s hard to find the correct angle to view the 3D, so I try to lay on my stomach so my head is straight, and other times I just turn the 3D off.

The two weeks before Training Camp we had pastor Ivy from Toronto visit us for bible lessons and bubble tea! 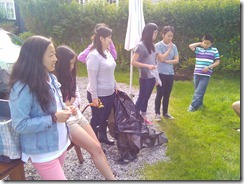 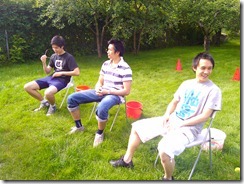 We had a bible study almost every day while she was here, and other evenings we visited people’s homes for food and fun. Above photos from playing with the water hose in the sun.

The week after she left we had one week of training with pastor Enoch from Boston. It was mainly training for leading participants at a camp/conference, but much of the teaching were quite relevant for local church ministry too! Also pastor Enoch has great humor in his sermons/lectures, and he’s good at keeping them short enough that we don’t get tired out from listening!

After training week was NCCC‘s yearly summer camp (formerly SCCC). I was in the Handy-Tech Team this year too, spending most of my free time moving chairs back and forth (or so it feels). Also helping out with projectors and computers. It was all right though, still got some time to chat with friends and listen to pastor Enoch’s great sermons!

The thing I seem to remember the most from his sermons is the one where he showed a table of how many days we roughly have left to live. Seeing the numbers, it really doesn’t seem to be that many days left! What am I doing with my days..? I often feel like I’m wasting too much time… I think I’m going to try again to visit friends more often, the first half of this year I think I only went to Gothenburg? Oh wait, I did go to Stavanger too. So I guess I’m not that bad off. But still, yeah, need to try and be more social.

After camp I got home and spent most of the time doing laundry and working on my youth group’s library system. On the website you can see what books are available, and when you pick a book at church, you scan the QR-code with your phone’s camera to go to a "secret" URL where you can borrow the book or hand it back in. I think it’s pretty cool, but I guess it’s a problem for those without a smartphone… I said that they can just borrow someone else’s phone, but we’ll have to see how big a problem it is.

It’s not really a system for security, rather it’s a system made to make it easier for me to keep track of where each book is. As long as people do remember to scan the books out! 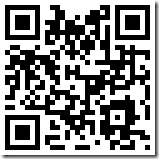 It’s actually been pretty warm in Oslo the last few days! Oh and apparently our refrigerator died, so our food was spoiled while we were at camp… But we bought a used one from an acquintance, just finished moving it in and throwing out the old one. It is also less noisy than our old one (which sometimes sounded like a hard-working steam engine or something), which is always nice!

Oh also my brother gave me an invite to Google+. It seems pretty slick, not as "noisy" as Facebook! Not sure if it will replace Facebook or how quickly it will do that, but you never know. I have tons of friends on Facebook that I hardly ever talked with before, have thought about pruning my friends list but never bothered to get started. Maybe just switching to Google+ is an easier way to clean out my friends list and start anew! Too bad the Google+ app doesn’t support my Acer Liquid! But the screen on that phone is slowly getting worse, so I guess I might buy a new phone some time.

Ah, feel free to ask if you want a Google+ invite, I *think* I can give out invites. Probably.