Last weekend I went to Gothenburg, and the weekend before that I went to Helsinki. Visiting friends mostly, and sightseeing and shopping. In Helsinki we met up with our friends from summer camp, who showed us around in town, and we had dinner at their homes. Their parents are quite good at cooking Chinese food! Ate lots of good food.

We also went to an Asian style buffet restaurant called Tang Dynasty, which had sushi and also Thai and Chinese dishes. The sushi was so-so, the rice was so compressed that it didn’t seem to soak up any soy sauce when I dipped it! But the fish itself was all right I guess. Though there wasn’t much variation, only salmon, shrimp, egg and crabstick. The warm dishes were okay.

By the time we went to the cake buffet on Sunday we were so full from eating the buffet last night and then eating at Maria’s place that we couldn’t really have a buffet, so we just bought a few cakes to try. The cakes were quite decent!

Besides eating we went to the amusement park in Helsinki, called Linnanmäki. Free entrance! Better than Liseberg in Gothenburg, which has raised the entrance fee to 90SEK, or Tusenfryd "in" Oslo, where you have to pay for a whole day ticket to get in at all! Since we were going to Ahwoon’s place for dinner that day we didn’t buy a free rides ticket, so we just took the free ride which goes up in the air so we can see Helsinki! Oh but we did get to try Kinect for free too, Microsoft had set up a few XBox 360s in the amusement park so we could try different games. My mother wanted to get Dance Central. I’ll buy it with Kinect some time I guess.

We also went to their fortress island, don’t remember the name. But it was quite big! A lot bigger than the fortress in Oslo. The cannons were bigger too I think. Also we saw the Rock Church. It was very rocky. We didn’t get to look inside because it was just closing when we arrived though.

The last weekend I went to Gothenburg with my parents. Didn’t really do much here, I mostly wanted to do some shopping (chicken and meatballs and candy) and seeing friends. Actually ate at the sushi buffet in Haiku Sushi Lounge twice (Saturday and Sunday)! Because Jocke took me there on Saturday, but the other youth in Gothenburg went there on Sunday instead. Well it was still good, and I ate surprisingly much on Sunday even though I already felt full! I think I ate 30 pieces (+1 bowl of miso soup) on Saturday and 22 pieces + soup on Sunday. 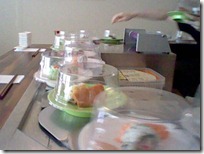 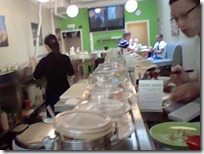 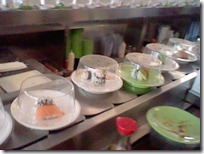 Also tried some new card games with Jocke, they were quite fun! Too bad we didn’t finish our game of Innovation, hope to try it again next time I meet him! Forgot the name of the "elemental" game, but that game felt a bit too random for my taste. (I got skipped 3 or so times in a row bah!) And Puzzle Strike, the Dominion-like fighting/strategy game was interesting, though I feel that I need to play it more to get a better feeling of it. 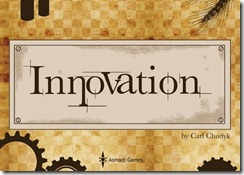 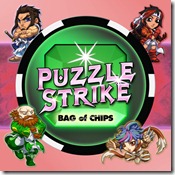 On our way back home my family went to the big shopping mall near the Norway/Sweden border to buy food and also some summer clothes, it is actually warm enough in the Nordic countries that I need more such clothes! It’s actually quite warm in Oslo now, I spent an hour or so sunbathing on my balcony today, it was pretty nice. I did it because I had a headache and needed to rest, so I figured might as well rest on the balcony.