I am older! Also I bought more games.

I celebrated my birthday with my family and some friends a few weeks ago, it was nice! My mother asked if I wanted to invite more friends and have a bigger party, but I just felt like it was too much work. 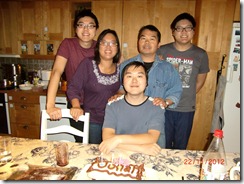 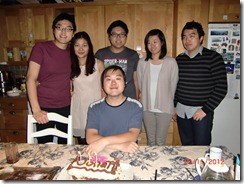 We also had a celebration at work because I turned 30, a “round” number. Even got some gifts there too! All in all I got some useful gifts: some kitchenware, a Leatherman (chosen by my boss at work), and a few clothing articles. Rather glad for those gifts!

I played through Resident Evil 6 with my brother, and finished Professor Layton and The Miracle Mask. Right now the game I’m playing the most is Virtue’s Last Reward for the 3DS (there’s also a Vita version), which is an excellent game if you don’t mind Visual Novel types of games. Because the longest part of the game is the Novel part where you see the characters interact with each other, while the Escape part of the game is a point and click type of puzzle game where you have to pick up items and use them correctly in order to find the exit for the room you’re currently in. 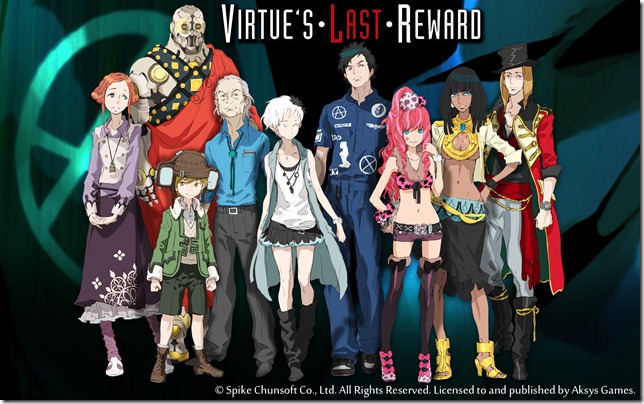 The game is a sequel to Nine Hours, Nine Persons, Nine Doors, one of my favorite games for the DS. The story of Virtue’s Last Reward is that nine people wake up in a locked facility, where they are told by a computer AI called Zero Jr. that they have to participate in a game that he calls the “Nonary Game”. The people have to try to escape the game, while they are also trying to find out which of the participants they can trust and which might be Zero Sr. himself, the person who arranged the whole thing and created Zero Jr. At certain points in the story you can make choices, and the story will diverge into different paths depending on your choices.

I don’t want to spoil too much of the story so I’ll try not going into details, but in any case, what I liked about those two games is finding out the back story for each person little by little, and figuring out what is the deal with the game and the multiple endings! While the first game had 6 different endings, this sequel states that it has 24 different endings! Luckily they added the possibility to directly jump to any game path that you have already played to. In the first game you had to play through the game from the beginning to get the other endings, though you could fast-forward quite quickly through text that you have already seen before (you can also do this in Virtue’s Last Reward).

WARNING: The 3DS version has a save bug which may corrupt your save file! And there’s only one save file, so there’s no way of making backups… If you save in the PEC (pressure exchange) puzzle room or the Crew’s Quarters puzzle room, the game may crash, corrupting your save file. However, I never saved in a puzzle room, but my save file got corrupted when I saved in the PEC room during the Novel section of the game! Some people say that the safest is to save only in corridors and warehouses. But in any case, definitely avoid saving in the PEC or Crew’s Quarters rooms, no matter if it’s during the puzzle or during the novel section!

Also there’s a new Humble Bundle, with games from the economically challenged company THQ. Amongst the games are Darksiders, Metro 2033 and, if you pay above the average of currently 5.65USD, Saints Row: The Third. So far I’ve only tested out Darksiders, it seems to have amazing nVidia 3D Vision support! I had to download the XBox 360 controller emulator to get my non-XBox controller to work with the game in Windows. Oh yeah, for those who are using non-Windows computers, please note that this bundle only works in Windows, and only with Steam (it’s not possible to download the games DRM-free). As of this moment there are about 10 days left to get this bundle.

I also bought Starcraft II: Wings of Liberty when it was on a 50% sale last week. It is a neat game, but the 3D Vision support is a bit problematic, because the 3D settings that works best with the cutscenes and mission selection part of the game, doesn’t work so well during the main game, so I have to adjust the settings when it switches to and from the main game. Maybe I should just give up 3D in this game… 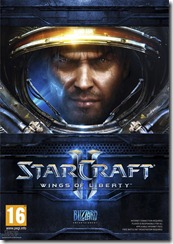 Man, so much for not buying games… At least I didn’t end up buying the Wii U. I went to SpillExpo in Lillestrøm (barely half hour away from Oslo), a gaming expo in Norway, but I was rather disappointed with the size of the expo. It was even smaller than Gamex! And they didn’t have the Wii U for sale! I had already tried the Wii U at Gamex, so I weren’t really that excited about trying it again.

I did get to try Dead Space 3, Paper Mario: Sticker Star and Luigi’s Mansion: Dark Moon. And apparently we could go to JuleExpo (Christmas expo) and antiques expo for no extra cost once we were inside, which was at least somewhat amusing. Just had a quick look at those though. Almost should have had a closer look since we had pay money to enter, but I guess then we’d only have more people try to sell us stuff… While at SpillExpo there were just too few shops in my opinion.

Last Friday I also went to a friend’s place for dinner and board games. Played Power Grid, a game that we’ve had for a few years but haven’t played much in a while. It was quite fun, although we found out we did get some of the rules wrong! There are just too many rules to keep in mind… Still, I definitely want to try the game again with the proper rules some time. Also played Quarriors and Dominion. 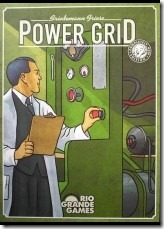 Games asides, I have been using Netflix quite a bit, usually watching shows on my second monitor while doing other stuff. I’ve tried to catch up on certain shows that I wanted to see, and I’ve also watched a few other shows that I hadn’t watched before. Watched through season 1 of The Walking Dead, season 1 and 2 of Fringe, and currently watching through Dexter. Also once in a while I watch Archer and Doctor Who, and I watched a few of Russell Peters’ stand-up shows, they are quite funny! Been quite a while since I saw his shows for the first time, so it was fun seeing that they’re now available on Netflix.

I think I’ll go and play more Virtue’s Last Reward now. Since my save file got corrupted I’ve been putting the game on auto mode to get through the text while doing other stuff (so I’ve been running it instead of Netflix). Luckily I can also quite quickly play through the puzzle rooms that I’ve already played since I remember how to solve them. I still haven’t gotten through all the story paths that I had done before the save got corrupted, but I’ve taken some new story paths too so I won’t get too bored with going through the same things again.