I recently started watching the new Hunter X Hunter anime, it’s quite an enjoyable show. Even though I already know the story from the manga, it was still nice to see it again. I like hearing the characters thoughts and reasons for the things they’re doing, and how the characters change throughout the series. Not just the main characters, even the enemies are (sometimes) shown as more than just “people to defeat”, but as people with various goals and doubts. 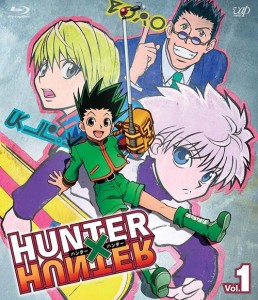 On Netflix I’ve been watching Suits, Breaking Bad and House of Cards. My brother was saying how House of Cards is basically the same type of show as Breaking Bad, and I guess it is not a bad comparison. I found both of these shows enjoyable, but rather depressing to watch. But then again, some of my other favorite non-sitcom shows, The Walking Dead and Game of Thrones are really quite depressing too, and Dexter isn’t exactly a happy show either.

I guess watching sitcoms once in a while is at the very least good for giving a bit more positiveness than those other shows do. I do enjoy watching How I Met Your Mother and Modern Family once in a while, and Sket Dance on Crunchyroll is also more of a feel-good show, though it does have some sad episodes, in particular the ones about the main characters’ background stories.

I’ve been experimenting with baking bread using the “no-knead” method, where you basically just mix together the ingredients and then let it sit in the bowl for a long time (12-18 hours) before folding it together with some flour with a spatula, proofing for another hour or so and then baking it in the oven. Some of it turned out well, like the following photos. I think they’re from the first time I tried it, if I’m not mistaken! 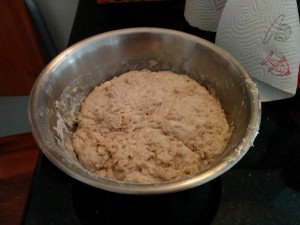 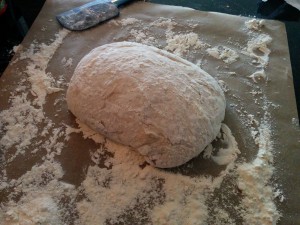 Folding the dough together 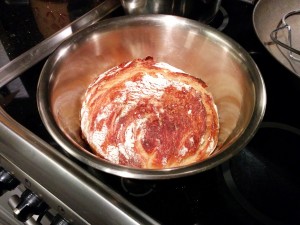 After baking the bread 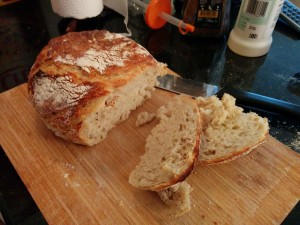 Other times the bread didn’t really rise properly, and I’m not 100% sure why. It could be either because the temperature in my apartment is too low, or I mess up some of the ingredient proportions (in particular the amount of water compared to flour), or it could be because the dry yeast I have is actually expired. I still use it because in general dry food should be okay even after expiration. Though the other problem with the dry yeast is that the box states that each sachet is supposed to be used within three days after opening, but this recipe uses so little that it takes many weeks or even months before I can use up even one sachet. Still, the last bread turned out OK after I added a bit more yeast and also put it on a lukewarm stove so it would rise more properly… Will have to experiment a bit more!

I’ve played quite a few games since last blog update:

As for socialization I guess the last few months I haven’t really spent as much time as I could have on socializing, though I still go to church twice a week. I invited Vilhelm over to play Mario 3D World last Sunday, trying to get all the stars and other collectibles, that was quite fun! We also had a “boys’ night” with the boys from church. Made a big burger. (That we cut up and shared.) 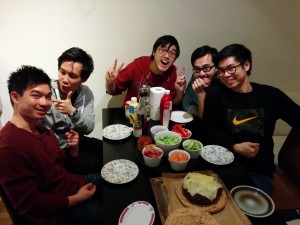 Unfortunately had to skip out on the swimming trip and the ski trip because my operation wound hasn’t fully healed yet. But it feels like it’s almost there! Hopefully this time it’ll stay fixed so I don’t need another operation and no longer need to clean the wound twice every day.

I finally got around to buying a proper desk for my bedroom. Earlier I had just been using a tiny desk that I bought because a larger one wouldn’t completely fit in the room I lived in before at my brother’s apartment. 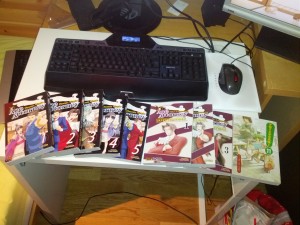 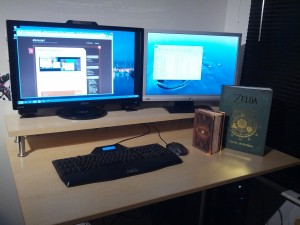 My new bigger desk with monitor stand. And some books.

The desk is an IKEA GALANT workdesk that can  be raised and lowered electrically, so I can stand while computing instead of sitting all the time. They sell different sizes of that desk, but the larger ones would be too big to fit in my bedroom. The monitor stand was inspired by this post at IKEA Hackers, except I had to use a bigger shelf to fit both monitors. It’s basically some CAPITA shelf legs mounted on an EKBY JÄRPEN shelf. I’m quite happy with it so far! I can also now push my keyboard under the monitor stand when I need to use my desk for other things (like dinner).

At first wasn’t sure how much I’d bother to keep standing and I wondered if I’d just end up keeping the table lowered all the time. But I’ve found that I really don’t mind standing for maybe an hour or so at a time, since I usually sit most of the time when at work and when playing console games in front of the TV.

Speaking of games, I finished Final Fantasy XIII-2 a while ago. (Meaning that I got to the normal ending.) The ending was rather disappointing, and without spoiling too much, is pretty much just a “To be continued”. I did end up hearing about the upcoming sequel (Lightning Returns) before even starting to play XIII-2, but I still didn’t expect the game to end like that! Oh well, I guess I’ll be buying the sequel to see the rest of the story, even if not necessarily on release day. I do think I enjoyed the second game a bit more than the first because it’s a bit more open than the first game’s “narrow corridor” chapters. While I don’t think I’m going to bother finding all the fragments, I may try to get the paradox (special non-canon) endings if I ever get tired of playing all the other games I’ve bought lately. 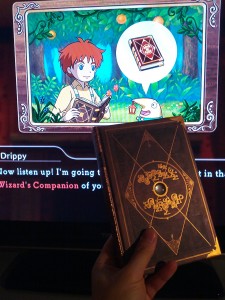 The Wizard Edition of the game comes with a hardcover edition of the “Wizard’s Companion” book that is in the game. The book in the game itself starts with many pages missing and gains pages over the course of the story.

Right now I’m playing Ni No Kuni, the J-RPG made by Level-5 and Studio Ghibli. It’s quite nice playing a game with a light-hearted story after playing through XIII-2, and it really does feel like playing through a Studio Ghibli movie! But man, some of the boss battles are quite hard. I don’t particularly mind the real-time battle system, but the partner A.I. isn’t really that helpful… I’m starting to wonder if it’d be better to set the A.I. to just stay away from the battle unless I control them directly, because even when I set them to “Healing”, they will sometimes send a magic user character in to fight a boss character in close range…

I also bought Dead Space 3. A common complaint is that the Dead Space series is becoming more and more like an action game instead of a horror game, and I do agree after playing through half an hour or so. But I still got a few jump scares during that half hour, so it’s not all bad. Anyways it’s really amazing to play the game in 3D. Had to add a custom-made patch for some effects to work properly in 3D, and the game also crashed once requiring a restart before I could get it to work again. (I can see why some people say that console gaming is better than PC gaming…) But after getting it to work, it really looks great! Haven’t played so far yet so not much else to say about this game for now. 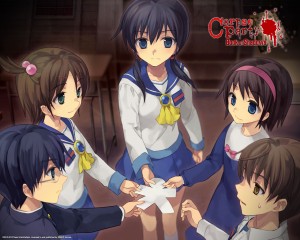 Other games I finished last month are Corpse Party: Blood Covered and Corpse Party: Book of Shadows (1 and 2, so to say). This game series is a Japanese visual novel type of horror games for PSP / PS Vita, with most of the horror parts being described by text rather than visually. Though there are a few anime/manga-style CGI still images during certain parts of the games, some of them quite gruesome. The games also feature full Japanese voice acting and binaural sound. Meaning that if you play the games with headsets, you can to a certain degree hear voices coming from all around you. And sometimes whispering right into one of your ears…

Still, being visual novel games, there are parts of the games where progress might seem slow. Especially in the second game, Book of Shadows, which is more of a pure visual novel than the first one, which had more of an “adventure game” feel to it. So if you don’t really like reading in games, you probably won’t like these games, even if you’re a horror fan. 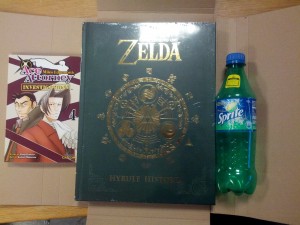 Other than that I’ve bought some books and mangas, as you also could see in the first few images in this post. The book The Legend of Zelda: Hyrule Historia was bigger than I first imagined, and contains artwork and some trivia for all Zelda games, though a majority of the book is about the last game, Skyward Sword. The Ace Attorney mangas contain stories separate from the games, and are a great return to the series while waiting for Ace Attorney 5, Professor Layton vs Ace Attorney and Miles Edgeworth 2 to be released (in English, if ever…)

I finished all 4 seasons of Dexter on Netflix (Norway), they don’t have more seasons available for now (which suits me fine since I feel like I’ve gotten a bit tired of the series). Currently watching Terra Nova. Also I subscribed to a trial of Crunchyroll, because Gintama is awesome.