You may have noticed that I’ve changed the colors of the website a bit. Stark blue was a bit too… much, I must admit. I’ve also worked on my Samurize config a bit. The image on the right is what my computer desktop currently looks like.

Samurize is a program that can show information about your computer, and also it can show other things like images, information fetched from internet and a bunch of other stuff. My config in the screenshot shows, from top to bottom:

I don’t really use the map for anything except to spice up the desktop a bit… Maybe I’ll change it with something else later, or just remove it. The wallpaper is just something I found on the internet, I don’t know where it’s from or who made it… I don’t even have the website where I got it anymore.

University was quite busy about a week ago, but right now it’s not quite as busy. There are currently two exercises scheduled for delivery, but the one for next Monday is nearly finished, and the next one is due in about two weeks, so I’m not too worried about any of those (yet). However, I also just found out that I do have another project which is due in a month, so I guess I ought to get started…

Yesterday I went to make food for a church mass (? “messe” in Norwegian, I’m not sure if “mass” is the right translation. At least I know it’s not “mess”.) with my cell group in Laget. I arrived late because I had a lecture at the time it should’ve started, but I did manage to help a bit. And I didn’t do anything extremely embarassing like burning the juice and putting salt in the tea, although I did drop a batch of plastic spoons. Ergh. 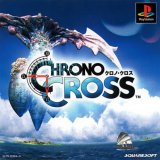 Other than that, I’ve been playing a lot of Chrono Cross lately. It’s a somewhat old game, but it’s still quite enjoyable. I’ve been playing it for weeks, but I still haven’t finished disc 1 of 2! Also I’ve got about 20 playable characters now, and even though not all of them gets lots of story and character development, it’s still somewhat amusing. I’m not sure how much I could write about the game without boring you, so I’ll just leave it at this, and show you a photo of the gamepad I bought for playing Chrono Cross: 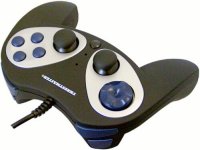 I do write rather a lot, don’t I? I’m sure nobody bothers to read all of this stuff. Well, at least I can look back at this as a sort of diary, I guess.

One response to “Samurized my desktop”