RSS
← Nothing to see here
Wario where? →

After many hours of work, I’ve finally finished my new Samurize config! Now it’s a bit smaller than the one I had before, but I can change what it shows by clicking on the small icons (the camera icon and the icons next to it)! It looks like this:

The calendar and events are fetched from the Mozilla Calendar, which I’m currently using. The todolist is just a textfile though. If I click on a photo in the slideshow, it changes the desktop wallpaper to that photo! Making all of those stuff work was quite hard work. *sigh*

Also, lately I’ve been playing Nanaca Crash quite a bit too much. It’s kind of a sports game, where you have to hit the ball as far as possible. The difference is that the ball is actually an unlucky guy, and also it can get boosts by crashing into specific people. My current top score is: 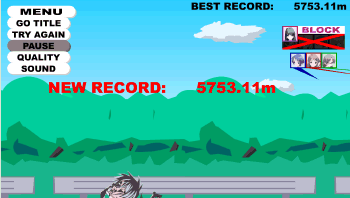 One of the more interesting aspects of this game is getting some of the special boosts. Some are somewhat easy to get, but others require you to hit people in a specific order. Gotta get them all! 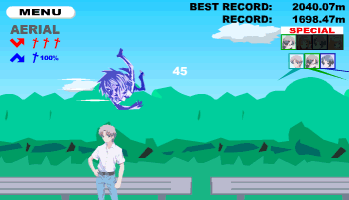 Leave a comment
← Nothing to see here
Wario where? →