RSS
← Fly for fun
Nothing in particular →

My laptop hard drive broke recently, so I had to spend a few days copying files (luckily I could still access the drive after booting into the live Ubuntu CD I had gotten from a friend of mine), buying a new hard drive, installing Windows and Ubuntu Linux on it, and setting things up to work the way I want. That, plus the fact that I’ve been playing Flyff too much, has made it somewhat hard to get myself to do much school work. But I’ve finally gotten started again! So I’ll probably finish by the end of next week, because I’m such an effective worker. Right.

It’s kind of fun to set up Linux and Windows to share the settings, so when I run Opera in Ubuntu or Windows I get all the same settings and can access my mail in both OSes. There’s no MSN Messenger in Linux though, since there’s no way Microsoft would port it, but aMSN works quite well, it even supports custom emoticons and webcam! (Haven’t tried the webcam support yet though.) Hmm, OpenOffice is an OK replacement for Microsoft Office, but it isn’t really a lot more stable than Microsoft’s alternative, I’ve found. But it’s free, which counts for a lot, I guess. I’ve also set up Apache and MySQL to work the same in both Linux and Windows, so I can work on my websites in both OSes. 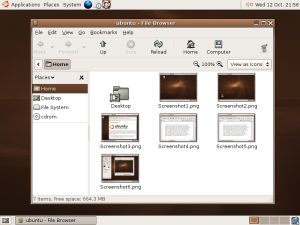 All in all, it’s neat to be able to share configurations between the two OSes, and it really helps for making the dual-boot work out, otherwise I might quite well end up using Windows all the time anyway. But why do I need Linux anyway? Actually, one of the reasons is that when using Linux, I can’t play as many games on my laptop as when using Windows. More specifically, I can’t play Flyff. So hopefully I will be able to concentrate a bit more on school work… But another reason is that being able to use Linux *could* be useful when searching for a job. Which I probably should do more of soon.

In other news, I’m now the one in charge of the junior camp in the SCCC Summer Conference this summer. I’m not entirely sure how this happened, but the fact is undeniable, and I’ve made an application page in urban anime style to try and attract people to help out at the camp. It’s not working that well, I must admit. Maybe adding a picture of me kind of scares people away. Anyhow, if you’re going to the camp, check it out! I need more help! Especially guys!

Ah, my brother Leon has birthday today! I made lemon cake and hamburgers! The lemon cake was a bit too sweet for my taste though, even though I cut down a little on the sugar in the recipe… maybe I should’ve skipped the icing after all. 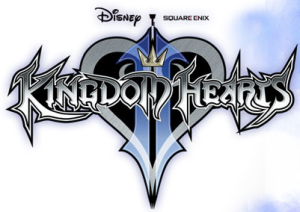 It seems Kingdom Hearts II is out (or at least, in America… I guess it probably isn’t in Norway yet…?). After listening to the opening song and watching the opening trailer, I’ve decided that I need to buy a PS2 and play through Kingdom Hearts I, and then buy II and play through that one. NOW! Okay, maybe not now, but it’s, like, on my list. It probably sneaked in before Final Fantasy X and X-2 on my list too, hopefully it won’t spoil those two games too much.

For now, I’m strangely satisfied just playing Flyff, which isn’t really that great of a game. I tried Anarchy Online a bit, which is a somewhat old MMORPG, which shows on its graphics. But the story in that game is quite well implemented in the game, unlike in Flyff, where the game story is just a rough background to the task of leveling up your level and skills. The bad English in the game doesn’t really help either. 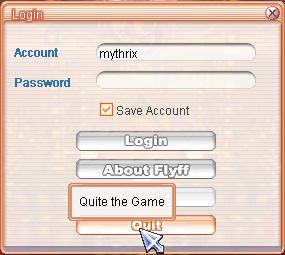 But even though I don’t really feel absorbed in the story, it’s just satisfying seeing your stats going up as you level up. And seeing your number of quest items going up when you finally get one of them from a defeated enemy. I should get tired of it, but I haven’t yet. Well, I’m sure that if I did get a PS2 and Kingdom Hearts, I’d instantly stop playing this game and play Kingdom Hearts instead, but that is not something that’ll happen quite yet.

2 Comments
← Fly for fun
Nothing in particular →