I’m now 26! The age just keep ticking up. I’m not sure if I like that. I still haven’t finished BioShock that I bought last Christmas, and it’s almost Christmas again now… where has all my gaming time gone! Well I’ve played a lot on my Nintendo DS, so it’s not as if I haven’t played anything I guess. I did finish Metroid Prime 3 and Mario Galaxy (that I also bought last Christmas), so it’s not too bad I guess.

By the way, there’s a new DS now, the DSi, with slightly larger screens, camera, SD card support, and support for downloadable content. It got rid of the GBA slot though. It’ll still support DS games, but there will also be DSi-only games later.

It’s out in Japan now, but won’t be in Europe before next year. Since I’m going to Hong Kong, I guess I could get one. But I actually already bought and installed a new touchscreen for my old DS fat! (The old one was scratched up and awfully inaccurate.) The new one is working quite well, and it’s a joy to be able to look at the screen without having to try and look past all the scratches! So I still don’t really need a new DS. (I also skipped buying the DS Lite.)

I had a few friends over for my birthday, it was kind of nice. We ate dinner, talked a bit and played some games: “Ta 6″/”6 Nimmt” and Cash’n Guns. “Ta 6″/”6 Nimmt” is called Category 5 in USA I think, which is why it looks different on the webpage that I linked to. 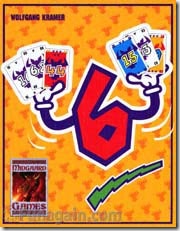 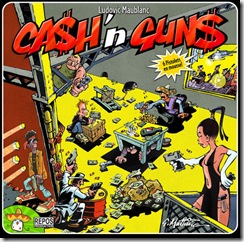 My friends were kind of skeptical to the games in the beginning, but I think they enjoyed it after we started playing! Both are kind of simple games without too many rules and strategy requirements, so it wasn’t too hard to learn.

Still haven’t quite been able to get into a routine of working out… I need to make it a routine somehow in order to keep doing it. Right now I’m only doing it when I “have time” and “feel like it”, which is to say once a week plus/minus. I’m considering trying to get myself up earlier in the morning to do exercise. But seeing how I can’t even get myself up for eating breakfast, I’m not sure how feasible that is… I want to go to bed earlier too, but I’ve always got too much things to do! Not that having things to do is necessarily a bad thing, although I still wish I had less things to do. Then I might’ve been able to finish BioShock, for one thing. Ah well…

I guess I’ll try going to bed now. Or soon. Writing on my blog hardly counts as essential I guess.