RSS
← Moving all around
Norway FTW! →

Finally bought a sofa and a carpet! Hmm, didn’t exactly take a photo of the sofa, but I ended up buying a beige Ektorp bed sofa from IKEA, and a white carpet. Now I’ve got most of the stuff I need, so I think I won’t be going to IKEA to buy anything for a while, probably. I might buy a microwave and maybe a new vacuum from ElkjÃƒÂ¸p. Although the vacuum I have now is working perfectly well, having a rechargable vacuum just seems a lot more convenient than having to deal with a power cord. (Actually the auto-retraction on the vacuum’s power cord isn’t working, so I’m using a velcro band to hold it when I store it…) But none of these are really important, so I guess I’ll buy those when I feel like it.

Had a move-in party on Sunday, with mostly people from the youth group. Forgot to take photos, although I took a video clip of us playing Bomberman with seven controllers. I should buy that eight controller some time. Bomberman is great fun! We played a bit Super Smash Bros Brawl too, which was quite fun too, although it only supports four players.

I also made curry and some sort of baked potatoes/pork steaks thing. And cheesecake! I still have cheesecake leftover. Have to try not to eat it all at once. Oh, I finally started exercising in the morning again. But that means I should probably start going to bed earlier too… Currently I’m trying to go through my photo albums to copy photos for the digital photo frame that I bought for my mother, but which I didn’t get before after her birthday. I just finished year 2000-2004 after roughly 3 days. Only five years left to go… *sigh* 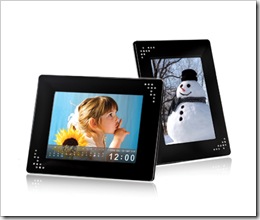