Been on vacation for two weeks now, the first week I went to the SCCC Summer Camp, then I went to Stockholm to visit some friends, and finally to Denmark for a family vacation.

The camp was quite all right, although this year I felt like I had stuff to do all the time, so I didn’t have so much time to talk to people… I was in charge of selling books, which took up a chunk of the free time I was supposed to have. And I was also in charge of recording stuff (sermons actually), so most of the sessions I just sat next to the mixing board… At least it made it a little easier to focus on the God rather than being distracted by people! Oh well.

Ming Ming and Jacky (Yao) got baptized this year! I think they are one of the people I’ve known for the longest at the camp. Many other people that I got to know the first years have stopped coming to the camp… Oh well. Anyways, I really didn’t take so many photos this year, but the photo I got with Ming Ming was good at least. Tried to get one with Jacky, but he was too busy running around. Got the whole camp photo from Maggie though, check it out! 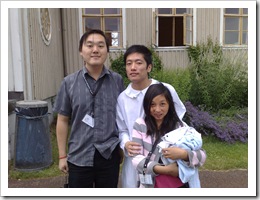 On the last day of the camp I finally decided I’d go to Stockholm to visit friends there and to see the mission team and Jim and Ho-Ming one last time. Luckily Choi Wing let me stay at his house and also go with him in his car, even though I didn’t ask before now! Went to IKEA for “sightseeing” with the mission team, Jim and Ho-Ming, and ate dinner in Heron City. Then on Monday, after seeing the mission team off, I walked around town with Jim and Ho-Ming, and Yann and Joe. Also met shortly with Apple, it was fun talking with her a bit! Took a morning train 7 o’clock to get to Gothenburg in time to meet up with my family for the Denmark trip. 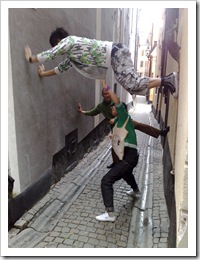 My family drove from Oslo (they went back to Oslo after camp), and fetched me at the train station in Gothenburg. We ate at Connie‘s parents’ restaurant, although Connie and Evy were still in Asia somewhere so we didn’t get to see them… (And their brother was apparently upstairs playing computer games or so.) We then took a cruiseboat to Denmark, where we mostly just relaxed, except for the one day we went to Legoland. Legoland was quite fun, although I didn’t get enough time to take the most exciting rides, since I spent some time walking around and taking kiddie rides with my small cousins. 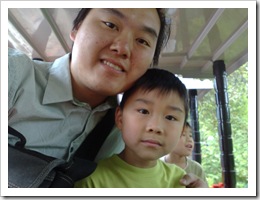 I did take the Power Builder twice though, it was a little interesting. Basically you could pick any moves you wanted, and then you went and sat in a chair that is connected to a robotic arm, and it does the movements you selected! You could select the level of intensity, from pretty simple turning from side to side, to wild swinging with upside down rotations. It was actually pretty fun being thrown around upside down! I also watched two 3D shows, but Bob the Builder 3D was pretty boring. 😛 Lego Racers was passable.

Ate a bunch of buffets in Denmark, first one was a grilled fish buffet, which was quite delicious! You could pick any fish pieces you wanted, then some guys would grill it for you. Kind of like Mongolian BBQ! Some fish types were more juicy than others, although I don’t really know which one was what, since they didn’t label the fish… The other buffet was an pizza/pasta buffet, which was all right. The pizza was pretty oily, and the pasta was kind of soft. But it was tasty enough! Last buffet was on the cruise ship back to Gothenburg. It wasn’t quite as good, since the fish and the chicken meat was pretty dry… but the meatballs were juicy enough. Also drinks and dessert was included in this buffet, which was nice! 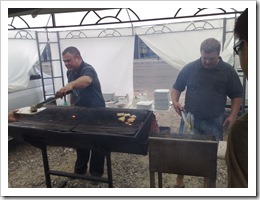 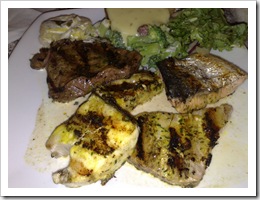 That asides, we were staying at a vacation house that we rented in a place called Bork Havn. It’s a pretty far-away place, one hour drive away from Legoland. The place had some smaller shops and some activities, like a tiny kids pool, a tiny beach, a mini-golf court and some activity centers and restaurants. We went to the beach once, it was actually quite nice, and the water was very shallow (half a meter or so) even 10-20 meters out from the beach! First time I went to that kind of beach. Couldn’t even swim, but relaxing in the water was nice. Except for going to Legoland, we pretty much only relaxed, ate, and went shopping in the closest cities we could find. 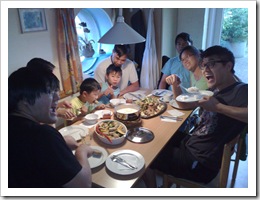 Got back home on Sunday 19th July, then went to work the day after that… Still trying to work through the todo list that my boss left me before he went on his vacation. At least it’s pretty quiet at work now, but as I said, a lot of things I need to try and do before summer ends and students start coming back. And there’s a bunch of stuff I need to fix on the sccc.no website too! Ah well… One day at a time!