Haven’t been able to take time to blog in over a month now. Main reason is that I spent most of my free time on trying to finish Bioshock 2 before Final Fantasy XIII arrived. I just barely managed to do that by playing till 2-3am the night before I got FFXIII. After that most of my free time was spent playing Final Fantasy XIII. Then I had to pack up everything in my apartment because I moved to a new apartment in the end of March (the new apartment doesn’t even have internet yet…) Lastly I went to Easter camp.

Oh, I wrote this before, but Bioshock 2 really is quite an atmospheric game. The story is not the standard “kill the bad guys save the world” FPS games. The part where you play as a Little Sister, showing the roseypainted world view that they see is pretty amusing. 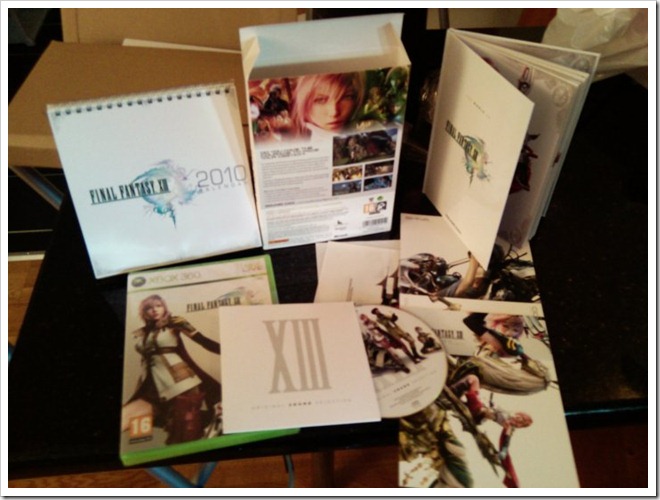 Final Fantasy XIII is quite different from the last Final Fantasy game I played (which would be IX, not counting the DS games). The battle system has changed considerably, and while many people joke about it, there is actually some bit of strategy involved in using the paradigm shift system. Although even then it’s usually not much deeper than ATTACK – ATTACK – DEFEND WHILE HEALING – ATTACK AGAIN. Well I guess it was the same in the old Final Fantasy games, so maybe nothing really changed. As for the story, I guess it’s pretty much standard JRPG fare? SPOILER ALERT: Emo people with exaggerated personalities to compensate for their insecurity. Then they have to overcome that in order to work together to try and save the world.

And yeah, it does render a lot worse on the XBox 360 than it does on PS3. On some of the cutscenes, I can clearly see video artifacts. I haven’t actually seen it on a PS3, but everything I’ve read states that the PS3 version should look a lot better. Shucks. Well it beats paying 3K NOK or so for a PS3 just to get the game there, when I already have tons of other games I haven’t played yet. I still plan to get a PS3 some time, uh, so I can watch Bluray discs. *cough* Man it’s nice to have a job and not having to pick just one console and stick with it. 😀 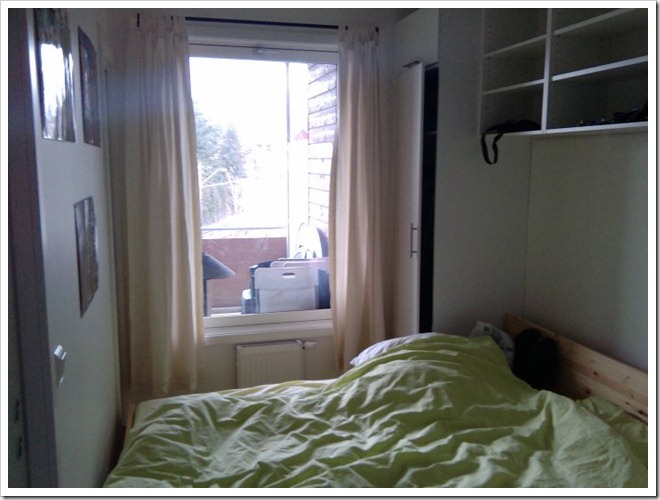 The new apartment is nice, and a bit newer than my previous apartment! But right now I don’t have an office space because my bedroom isn’t big enough for a desk after I put my big bed there, and Leon is staying in the other bedroom where I put my desk. That’s not really a big problem for now, since I don’t even have internet there yet. I mostly just leave my laptop in the bag so I can easily bring it to either my parents house or to church for internet use. Oh, I haven’t yet taken a photo of my living room after I cleaned it up, so I’m just showing a photo of my bedroom (with a small view of the balcony outside).

Easter camp was nice, we had an overnight prayer meeting the day before camp, and I surprisingly managed to stay awake for most of it. Mainly because most of it involved standing on the floor singing worship songs (without chairs at all). But when we went to the campsite, I got too tired and went to take a nap around 19:00, and then I slept through the first session (which was mostly information) and worship untill I got waked up by Leon around 21:30. Then I slept again around 22:00. Myeah so I guess I should’ve tried taking a nap during mid-day when we didn’t have anything to do… but I strangely didn’t feel tired then. Oh well.

Most memorable thing I learned from camp was the first session, about the spiritual dry that we get after a while after going back home from camp, and how this shouldn’t discourage us from doing Gods work or keeping in touch with him. The other sessions were about different ways to keep contact with God: prayer, fasting, image prayer, and some sort of meditation. (I think.) I hope I’ll manage to take myself time to try them out more later, but for now I feel like I haven’t even had time to stay at home for more than a few hours each day because there’s so much stuff I’ve been doing after work. Kind of annoying. Ah well.

Other than games, moving and camp, I’ve also had a few dinners with friends. Invited some over to my house, then went to Jessie’s apartment for steak and New Super Mario Bros Wii. Two-player is reasonably fun, although I can imagine the pushing and chaos increasing with more players. Also Yve visited my new apartment in Easter week, and I also went to her house to help her parents get TV sound to their newly acquired surround system, and watched Star Trek there. The surround didn’t quite work for some reason, I think the back speakers were too low volume, didn’t manage to fix it though. Yesterday we also went to Enoch and Elin’s house to celebrate Enoch’s birthday. Lots of good food! And played some party games together. Also mafia. I died early because the detective (Enoch) lucked out checking me and another mafia at the beginning of the game. Bah.

And that’s another ton of text from me. I really should try going over to microblogging. Twitter maybe? But then again, this stuff is partly written so that I hopefully in the future could look back and get some overview of what I’ve been doing in my life. So I guess it’s fine like this. Now if only I could find a good way to backup all those posts… Maybe I’ll just have to write a program to brute-force itself through the blogsite and copy the text and images. Harr.