In the last weeks of January I managed to play through Dead Space on the iPad, Dead Space: Extraction on the Wii and Dead Space 2 on the PC, and I feel like I enjoyed all of the games. While the games might not be for everybody, and some people might find the story predictable and maybe clichéd, I think that the gameplay and way the story is told really makes these games. When playing Dead Space 2 it also felt a lot more like Bioshock (both 1 and 2) than the first Dead Space, because in Dead Space 2 you are wandering around in a lot more varied environment, instead of just on the same spaceship. Especially when walking through the apartment complex and entering peoples’ homes, seeing how they were messed up by the hostile attacks, gave some déjà vu feeling to certain locations in the Bioshock games. The intro scene in Dead Space 2 is also quite cinematic, with the main character having to run away from the enemies without any kind of weapon, and seeing them attack all the people around him.

By the way, did I mention that I bought the collector’s edition of Dead Space 2? Not because I really like to collect things, but since I enjoyed the games, I thought I’d support the game company just a little bit more. I did buy the PC version because it was cheaper than the collector’s edition for the XBox 360 (and PS3) though. 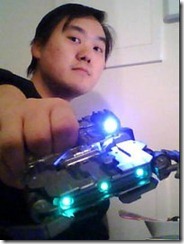 Unfortunately I hear that the expansion/DLC Dead Space 2: Severed won’t be released for the PC version, which really sucks… I hope they change their mind, but if not, I guess I’ll consider getting the XBox 360 version when Severed is released, maybe borrowing it from a friend or so if possible. (Though I don’t really know so many friends with XBox 360.)

This week I went to Venice with my brother and some other friends, it was quite fun! We mostly walked randomly around and ate pasta. We also took a gondola ride, went to watch some glassblowers work, walked past a million masks and glasses souvenir shops. Seriously, it’s like the whole city only has souvenir shops and tourist trap restaurants, and only a handful normal shops for people who live there! 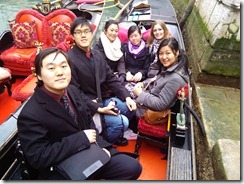 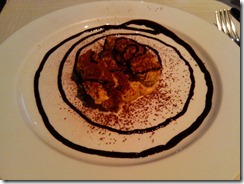 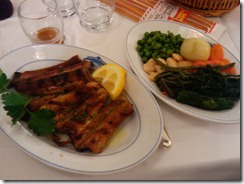 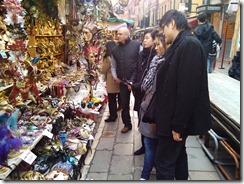 I wanted to try more italian gelato, I only had it once. But I got sick on Wednesday so I tried to avoid it. Oh well… I’m thinking of getting an italian ice cream recipe book and start using my ice cream machine again.

I should be sleeping more since I’m still slightly sick, so I think I’ll head to bed a bit more now. Oh yeah, I just beat Sam & Max: The Penal Zone (Season 3 Episode 1) on the iPad. It’s a funny game, but the game engine was poorly ported, so it was just too buggy! So I recommend getting it for the PC or so instead. I might buy season 2 too, which I haven’t played yet either.

← Universeum, curry, hotpot and sushi
My February and March gaming →