You’re probably tired of hearing about it by now, since I’ve been tweeting and Facebooking about this all week. But anyways, I picked up my 3DS at the post office today, and have been testing it out most of the evening. 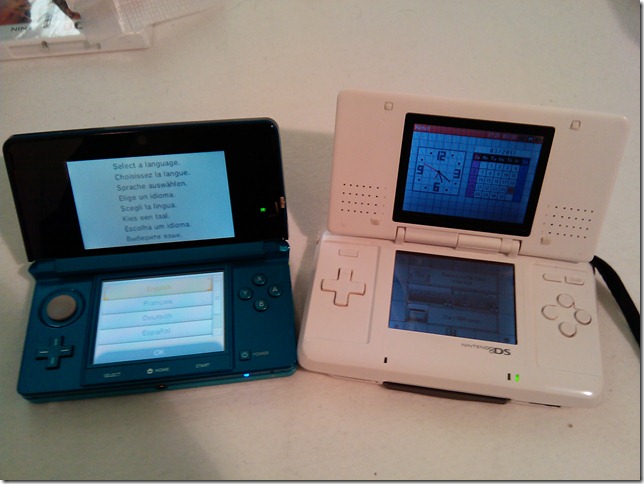 I have mentioned this to some of my friends: I have actually been waiting to buy the 3DS since the day I bought my DS back in 2004! So to say. Not that I knew Nintendo was going to make a 3DS. The thoughts that went through my mind when buying the original DS was something like "Well this is 3D graphics… but it would’ve been even better if it was real 3D graphics! If anyone made a game console like that, I’d buy it right away." And so I bought the 3DS right away. Maybe the next iPad will be the iPad 3D!

Anyways, some of first impressions on the 3DS:

Man, I always spend way too much time writing blogposts. There’s already too much text and it’s late, so I’ll just stop here, and maybe play a bit more on the 3DS before sleeping. Tomorrow my plan is to finish Batman: Arkham Asylum. In 3D! Yesh!