Since my nVidia drivers crashed again on my computer, I eventually decided to start playing on Final Fantasy XIII-2 instead of my PC games. The nVidia drivers have been rather unstable after that one time I tried to upgrade the drivers and then roll back to the old one because the upgrade made the TV connection not work… Somehow managed to get it to work again until today. I’m planning to reinstall the PC now, and I’m considering just installing Windows 8 while I’m at it. 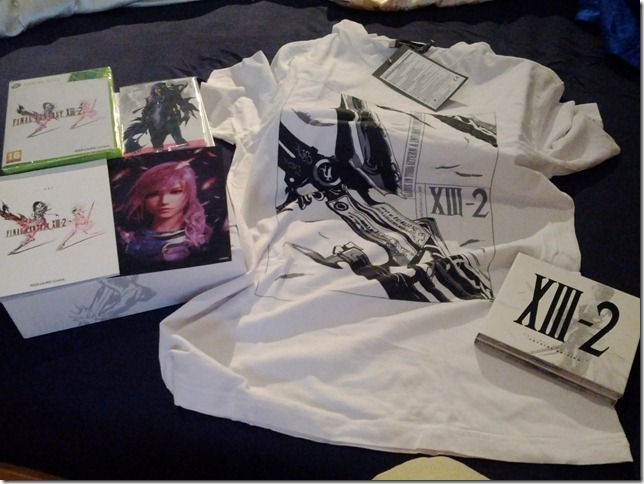 Those who are interested in the game probably know most of the stuff about it already, so I’ll just list some random thoughts I had when playing the game.

I also played through the latest DLC for Penny Arcade’s On the Rain-Slick Precipice of Darkness 3, called “The Beginning of the End”, which tells the story of what happened to the player character from the previous two games. It didn’t really explain much though, I feel like it was just a quick and dirty way of “disposing” of your old player character. But oh well, it was amusing to play through nevertheless.