Back From Hong Kong And Taipei

Originally we hadn’t planned on going to Hong Kong this Christmas, but because my brother got married last year and wanted to have a family dinner with our relatives in Hong Kong, my family went after all. My brothers and Tina also went to Taipei for 5 days. We were kind of busy for the two weeks the trip lasted, so I didn’t even really have time to shop as much as I wanted to. On a related note, I have a growing suspicion that I may be addicted to shopping. Oh well, did get to buy some random cool stuff, other than that, mostly met up with relatives and friends and eating a lot. According to my Wii U Fit I gained about 3kg during the trip! The Wii U step counter estimated I’ve walked almost 100km in total, which is apparently not enough to use up all the food I’ve been eating.

Hong Kong was quite cold the first week, down to about 2°C in Sheung Shui where we lived! Taipei too was quite cold, but it got warmer the last few days we were there. Besides my brother’s wedding dinner, I didn’t really do much interesting in Hong Kong, so here are some random picks of my photos from Taipei: 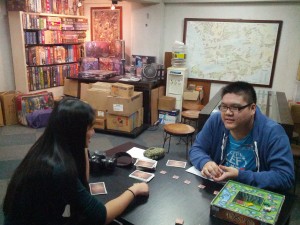 My brother found this board game shop in Taipei, it was kind of cool and had quite a few board games! We could also try as many games as we wanted for 80TWD per person. The shop is called Alchemy and you can find directions to it here. 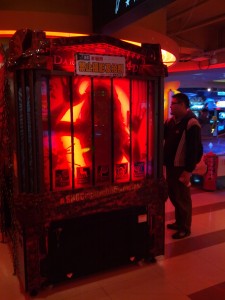 Found this light gun horror game at an arcade in Taipei. It supported passive 3D glasses (the ones they use in cinemas)! The short demo video I watched really liked jump scares. Didn’t try. 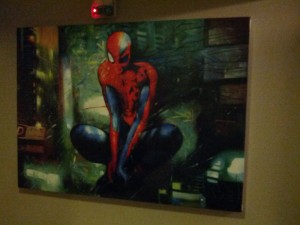 The hotel we stayed at in Taipei wasn’t all that clean or high class, but it did have this awesome art piece! Apparently it’s a print of the cover for Spider-Man: Timestorm 2009-2099. 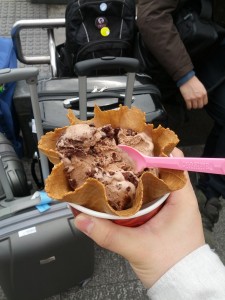 Bought this from Cold Stone Creamery just before I left Taipei, should’ve gone there more often! It’s great! (Though not that cheap.) 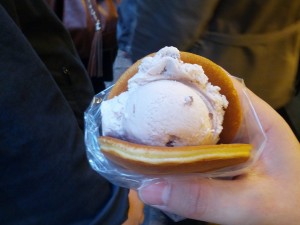 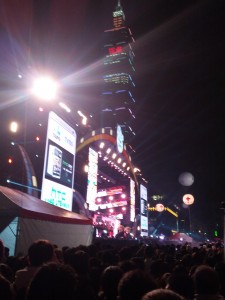 New Year party near Taipei 101, though we didn’t bother staying untill the countdown.

I was going to say that life back in Oslo has been rather uneventful, but I did go to a wedding, celebrate my father’s birthday, and have an operation, so I guess that wouldn’t really be accurate. The operation was extensive enough that I have to stay home from work for almost two weeks, and because of the pain and inconvenience of the operation wound I have just been staying home and will probably mostly stay there untill the two weeks have passed. 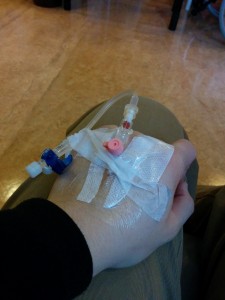 I have been operated.

I started playing Puzzle & Dragons too, I agree that it is decent fun. Got kind of tired of Marvel Puzzle Quest that I had been playing before. I also tried Tower of Saviors which really seems like a ripoff of Puzzle & Dragons, but with better user interface and easier startup (you get more diamonds and it seems somewhat easier to get useful cards/monsters in that game for the starting dungeons). But I haven’t played it much since Puzzle & Dragons take enough time as it is.

Also I got a new phone at work! Nexus 5. It’s basically more powerful and has a full HD screen, not that I need that high resolution for anything in particular, but I guess web surfing does look better on that screen. At the very least it is certainly nice that I don’t have to wait several seconds before something happens whenever I tap something on the screen. Though factory resetting my old phone and not installing dozens of useless games and apps on it probably would have helped too. 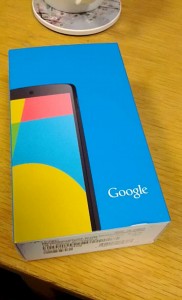 Anyways, here are some photos of some of the stuff I bought in Hong Kong/Taipei:

In addition to this One Piece towel, I also bought a One Piece sweater and a One Piece hoodie. Because I do like One Piece, but also because they were the first “useful” anime merchandise I found, and I never got time to find more. 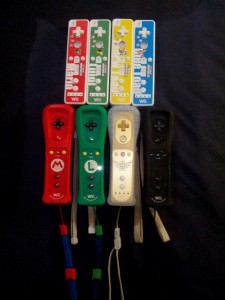 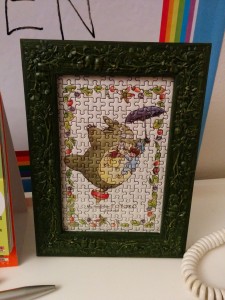 Totoro puzzle and photo frame. 150 pieces, finished it in a couple of hours one evening! Thought I’d need longer. Maybe I should’ve bought a bigger one after all!

Went to Training Week and Summer Camp for a total of two weeks, it was fun! Had fun with lots of youth, and pastor Enoch’s sermons are always great listening to. But unless I actually change my life according to the things he’s preached I guess it’s no use talking about how good or bad the sermons were… I’ll have to do my best to remember the things he’s said and try to apply them to my life. 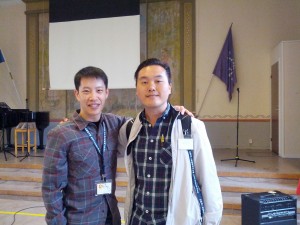 Pastor Enoch and me

I must admit I haven’t been keeping up with devotions for quite a while. They were selling “My Utmost For His Highest” at our youth camp’s book store this year. I already bought a copy of this book a few years ago, but I never finished reading it. So I started reading it again to try and at least read some bible verses every day. It is supposedly a very good devotion book, but even this “updated language” version does have some sentences that are somewhat hard to understand. Each devotion is quite short though, so even reading through them multiple times to try to understand them doesn’t take that long. 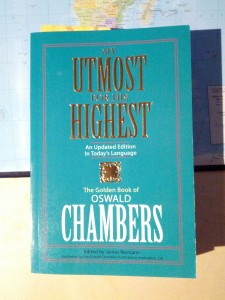 My Utmost For His Highest

Also I saw some sheep at the camp. I thought they were supposed to be fenced in? Too bad they ran away, never saw more sheep after that. They must have figured that staying around Chinese people was a bad idea. 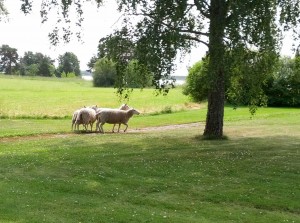 This week Oslo has been quite hot, around 25°C almost every day. I’ve been relaxing out on my balcony on my foldable hammock for half hour or so every evening, it’s sweet! I still haven’t tried to eat while lying on the hammock. I’m 79% sure that it would end with me falling off the hammock and dropping the food on the floor. So I just eat first and hammock later. 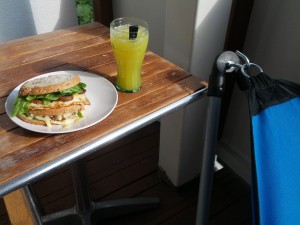