Went to Stavanger last weekend to visit Anna and MJ and John. Anna took me shopping for new clothes, and gave me some fashion tips. Will see if I remember it the next time I bother going to buy new clothes. Need to find a girl to help me buy clothes when in Oslo. Or maybe Sweden is better? Hmm… 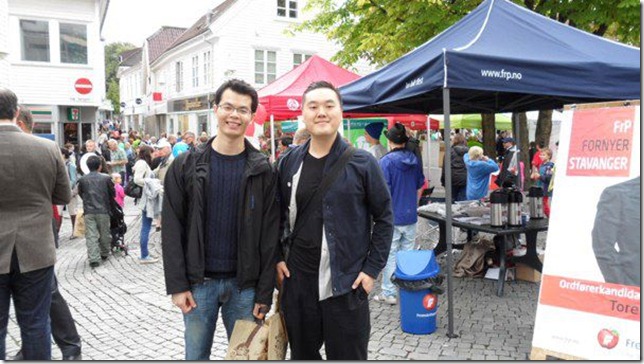 Also I asked her to pick a perfume for me, although I’m going to buy it later since it’s quite expensive. Either on tax-free or try to buy it online. Need to start using perfume once in a while to cloak my stinkyness, although according to her I need to shower before using perfume, and that I’d have to use a deodorant for that instead. I do still have various bottles of deo sprays at home, though I almost always forget to use them. Ah, just remembered to put the deo in my room so it might be easier for me to remember to use it when changing my clothes.

Got the first batch of the free downloadable games for my 3DS by the way. The most interesting ones would be Zelda, Zelda II and Metroid, never beaten any of those games. Old Nintendo games are difficult! No real hint on where you’re supposed to go, no in-game maps, and no abundance of checkpoints to save you from redoing lots of stuff when you do. In any case, I still haven’t gotten myself to give up trying to find all the Gold Skulltulas in Ocarina of Time 3DS Master Quest, so I’m still playing it.

The last two days I got a leave from work to go to an IT exhibition. I got a bunch of USB memory sticks and other stash, lots of brochures, signed up for tons of spam to try and win an iPad (and other prizes, though I didn’t win anything at all), got free yummy popcorn, and listened to a few seminaries (which was mostly advertisements for various companies’ products). The coolest/most useful stuff I got was a buff (scarf thing), and even more awesome: a pair of gloves which works on touchscreens! Not the type with cut-off fingers, but with actual textile which works on the screen. And rubber dots on the palm side, to prevent your smart-phone from slipping off your glove. Seems to be quite good quality for a free gift. Almost makes up for not winning an iPad 2.

Got to test a bunch of phones and Android tablets. Kinda want the HTC Evo 3D, the screen has a better resolution than the 3DS and the cameras can take higher resolution 3D photos, plus 3D video! Which will be a blast to watch once I get an excuse to buy a 3D TV. I’ll see if any phones comes out that I want more, otherwise I just might get this phone some time to replace my Acer Liquid with a partially broken screen.

I finally bought a surround system for my lliving room, set it up a few weeks ago actually. The Logitech Z-5500 Digital 5.1 Speaker System was on sale at Komplett.no for NOK 1.999. Which might not sound so cheap to students and whatnot, but is a lot cheaper than a real surround system made for TV, which would’ve costed more than that just for the receiver.

Some drawbacks with buying a PC surround system is that (at least on this model) there is no HDMI input, so currently only the PC can send 5.1 signals to it. Though my only other surround-supporting hardware would be the XBox 360, since I don’t have digital TV here. Anyways I’ve ordered an optical converter for the XBox 360, so hopefully I can get surround from it too.

Tried watching a few movies with surround, and honestly, in most cases the surround isn’t really noticable. I’ve found that I get the most effect when I sit in the far back so I can hear the rear speakers clearly. Because then whenever they’re used for anything, I’ll hear the sound coming from my sides instead of just the front. When I sit in the actual middle of all speakers, I don’t notice the rear speakers as much, maybe because of my bad hearing. 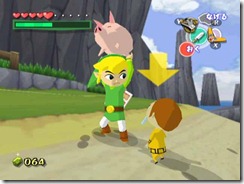 I’ve gotten to the part where I have to go to two different temples to repower the Master Sword in Wind Waker. For now I’ve been travelling around collecting treasures and stuff though. I actually managed to do the “water all the saplings” sidequest on my first (real) try! The actual first time I tried I didn’t even know that I had to water them all at once, and I hadn’t gotten the cyclone/teleport spell yet so I only managed to water three of the eight saplings.

One thing I thought was kind of funny was that in the beginning of the game, I gave two pigs to one of the families. But when I got back later, there was only one fat pig left. So did he eat the other pig? I sure hope not. Well I guess a nicer version is that the family ate the other pig. No wait, that’s kind of cruel too, even though I eat pork all the time. It must’ve run away. Yeah, that must be it. The other fat pig ate all the food, so it got upset and left. *sniffles*

Besides playing games, I haven’t really done much in particular the past few weeks. Just tried to stay home as much as I can to play Wind Waker and other games. Was at my grandfathers birthday party with the whole family, but was kind of too tired/lazy to talk much with the rest of the family. That was actually before I wrote my previous blogpost too.

Oh, I tested out the sauna at work: 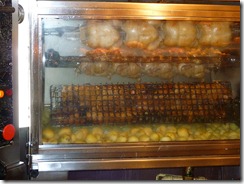 No wait, that’s not the right photo. 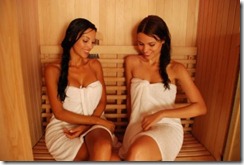 That one is a bit closer, although maybe it was more like this: 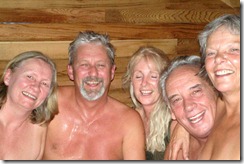 OK anyways, random internet photos aside, I was the only one in the sauna, and I didn’t take any photos of myself half-naked. And my biggest complaint about the sauna at work was that there was no clock there! And I didn’t want to bring my phone to the sauna and risk ruining it, so I tried to keep the time by counting seconds in my head. Which made it a bit harder to relax than I would’ve wanted. I’ll have to ask if they could add some kind of wall clock or an hourglass to the sauna.

Oh and since I’m talking about work, I was actually at work today! Working on Saturdays is something I generally avoid, but they were having an “Open day“ at work, so I was there to make sure all the technical equipment worked well. Which it (mostly) did, which is a good thing. Got free lunch. And cake. And waffle. And soda. Felt slightly nauseous after all that sugar.